Large parts of the country (with the exception of the southwest and southeast) are enjoying mostly clear and mild conditions today, however that's about to change as widespread rain (and for some locations, scattered thunderstorms) begin to affect many parts of central and eastern Australia over the coming days.

Those in Tasmania will see rain increase this evening, which will spread into parts of Victoria and South Australia tomorrow. By Sunday, those over the southern half of the Northern Territory, western Queensland and New South Wales will be affected.

By Monday, the system will be focussed over northeast NSW and parts of southern and central QLD, and this is where the highest falls are likely with some locations likely to see falls in excess of 100mm. There is a little model uncertainty at this current stage due to the complexity of the system, but we'll keep you updated in the coming days.

Attached is the accumulated precipitation over the next 5 days from 1. the European Model and 2. the GFS (American) Model 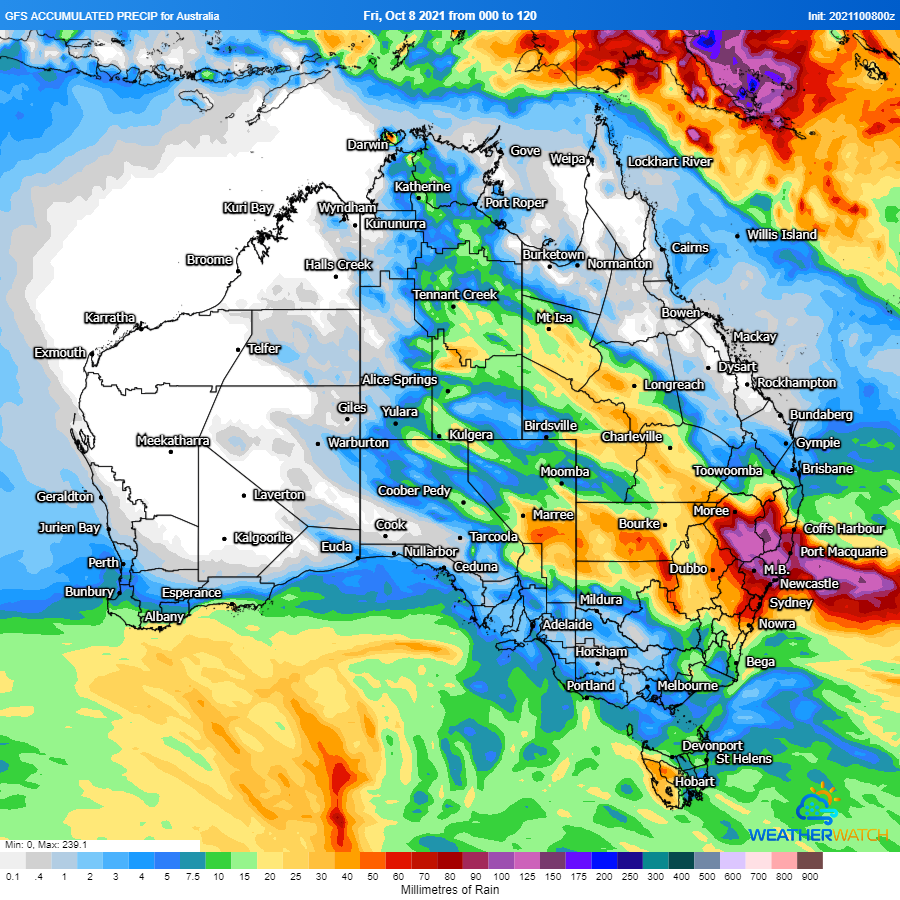 A surface and upper trough has caused widespread 25 to 50 mm falls across much of the Southeast Coast forecast district ...

END_OF_DOCUMENT_TOKEN_TO_BE_REPLACED

Rain and thunder to kick off winter for inland NSW...

The arrival of winter is set to be greeted with a band of showers, patchy rain periods and isolated thunderstorms across...