Weather & Natural Hazards
Climatics is Australia’s most comprehensive database of historical acute and chronic severe weather hazards and warnings at any location since 1911.
Learn more
GO BACK
Everything your organisation needs to meet requirements on climate risks to people, assets and services.
Learn more
Aug 10, 2020 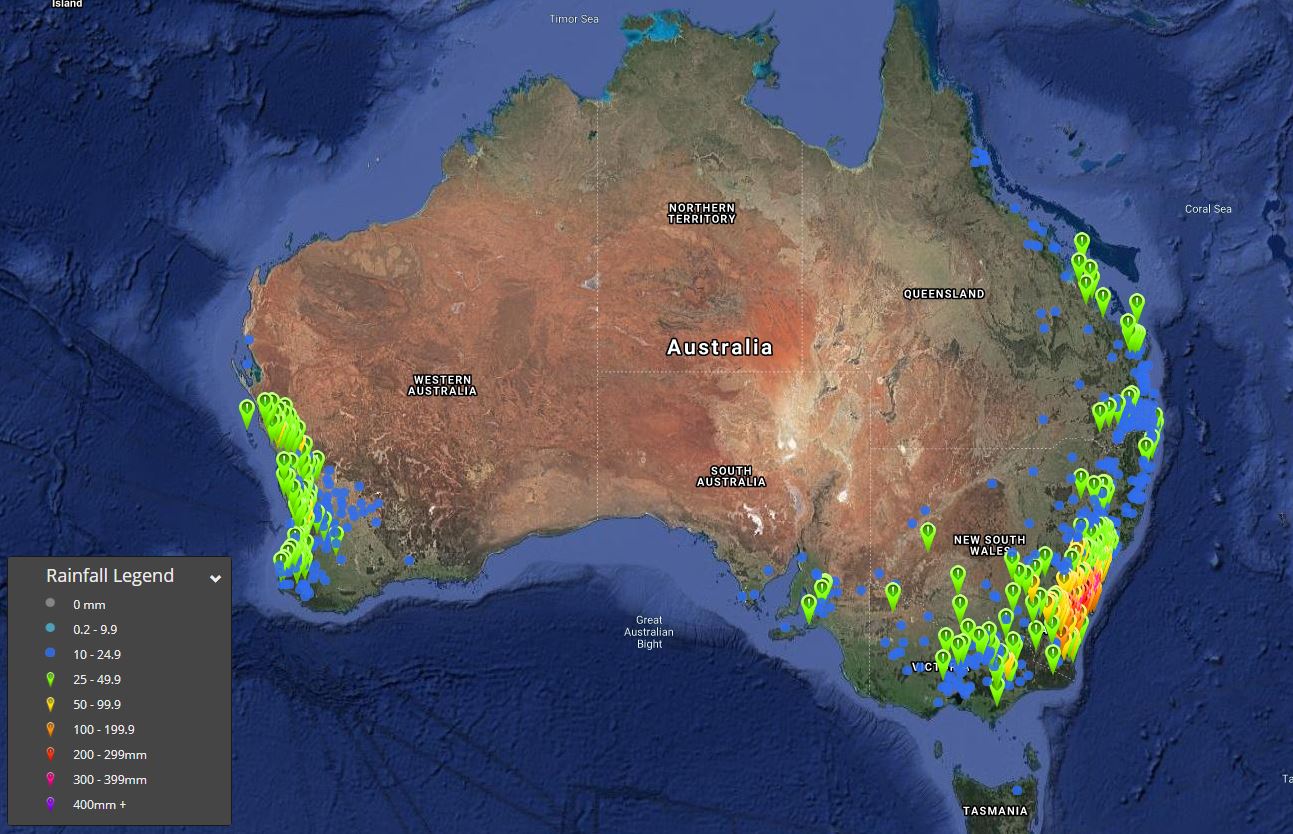 It has been an extremely active last 7 days across Australia, with multiple low pressure systems providing widespread severe thunderstorms across parts of the NT/SA/QLD, before an East Coast Low developed off the NSW coast, producing flooding rains across parts of the Illawarra and South Coast.

A multi-centred ECL off the NSW coast produced widespread falls of 150-300mm over the last few days, leading to widespread flash flooding and multiple flood warnings across southern NSW, with major flooding continuing for the Shoalhaven River. In the 72 hours to 9am 10/08/2020, Nowra Boat shed (Shoalhaven River) has received 343.3mm, including 204mm in a 24hr period (9am to 9am) on Saturday the 8th of August, making it the single wettest day in the sites history, eclipsing the record set back in February 2020 however data only goes back to the year 2000.

The action wasn?t just confined to southeastern Australia, with a powerful cold front sweeping across parts of Western Australia on Sunday, with a severe weather warning issued for damaging winds and heavy rain.

Across the Top End in the Northern Territory, fine and dry conditions continued with fire dangers steadily increasing. Whilst no watch and act fires are ongoing, high to very high conditions remained over the weekend and will continue this week. This is common for this time of year, as the build up to the wet season steadily begins.

Looking ahead, a large cold front and deep low responsible for severe weather across WA will continue to progress east today, with a band of showers and isolated storms possible across eastern parts of WA and into SA. As the week progresses, with system will continue to move in an east to southeasterly direction, with further showers and isolated storms once again developing across southern and eastern Australia. Another rain band looks likely to develop across western QLD and NSW late this week too, with another round of impressive back-up winter rain on the way. 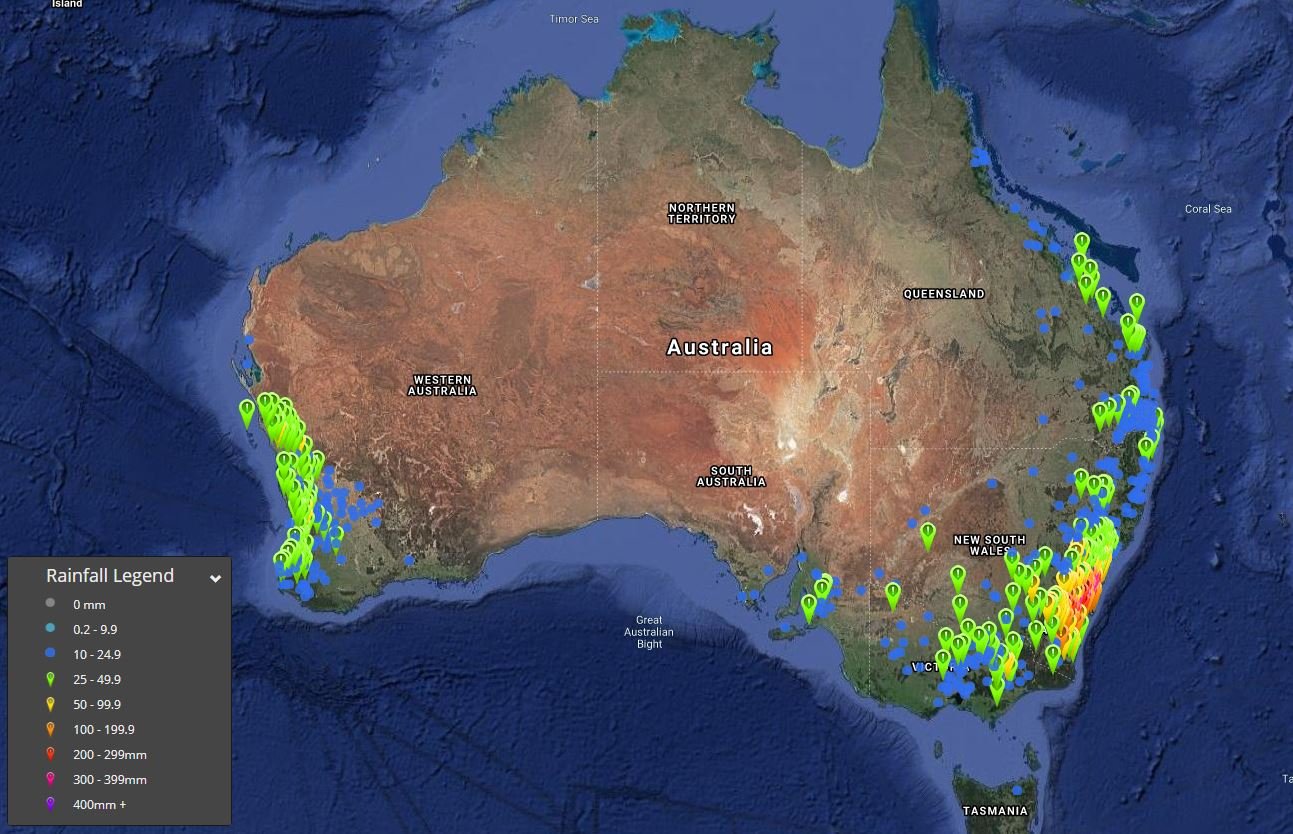 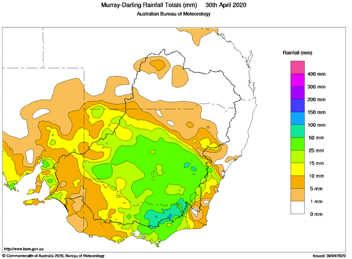