Weather & Natural Hazards
Climatics is Australia’s most comprehensive database of historical acute and chronic severe weather hazards and warnings at any location since 1911.
Learn more
GO BACK
Everything your organisation needs to meet requirements on climate risks to people, assets and services.
Learn more
Jun 28, 2019 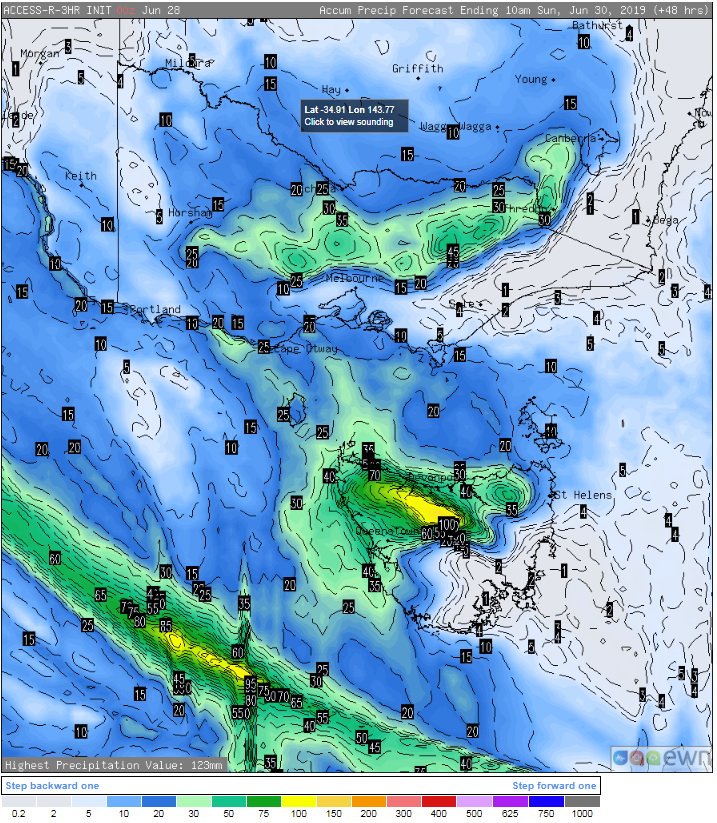 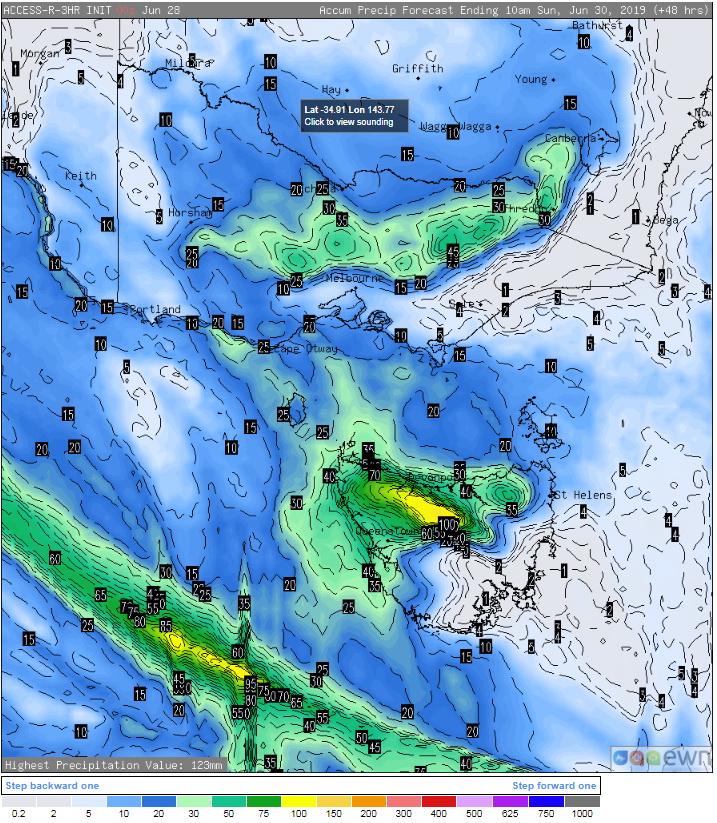 After a dry week and chilly mornings across the nation's southeast, a rain bearing front is set to sweep across the region on Saturday, bringing heavy rainfall that may lead to flooding in some areas, and strong winds about elevated areas.

The rain-bearing front, which has brought significant rainfall to Western Australia, is approaching today and is causing northerly winds to strengthen. These northerly winds ahead of and with the front may reach 90-115km/h about elevated areas (above around 500m) across Victoria, with strong winds likely to affect more elevated parts of Tasmania as well.

Rain is set to develop overnight across VIC and TAS in this unstable northerly flow, before becoming heavier during the day as the front crosses the region. Rain is likely to affect all regions, however eastern and southern Tasmania, and southeast Victoria is likely to receive only a small amount of rain (less than 5mm).

This rain may lead to localised flash flooding as well as minor flooding, with a flood watch currently in effect for northern Tasmania.

Showers will clear from much of Victoria on Sunday, however showers are expected to persist into early next week over Tasmania, particularly in the west. 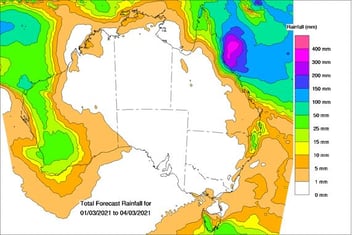