Weather & Natural Hazards
Climatics is Australia’s most comprehensive database of historical acute and chronic severe weather hazards and warnings at any location since 1911.
Learn more
GO BACK
Everything your organisation needs to meet requirements on climate risks to people, assets and services.
Learn more
Jan 07, 2021 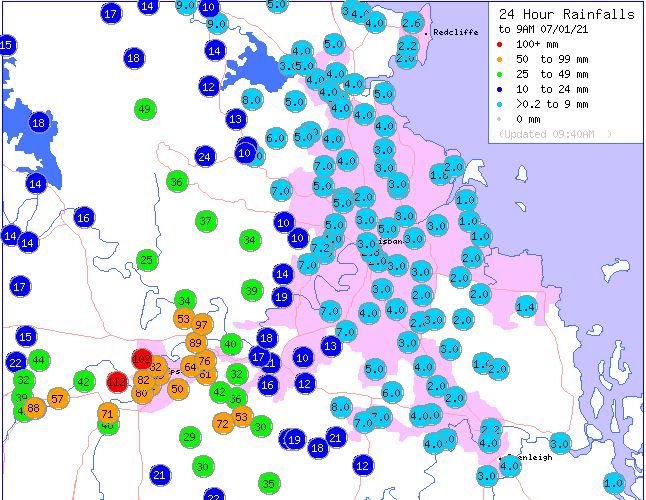 An outflow boundary marched east during the afternoon, intersecting with a southerly change surging up the Northern NSW coast. These two in combination produced a large complex of slow-moving, intense storms across the Eastern Darling Downs and Western SE QLD Coast.

Beaudesert, in the Scenic Rim picked up 83mm in an hour prompting a Very Dangerous Thunderstorm warning for life-threatening flash flooding. This was just the beginning with several storms developing further northwest in a line, also becoming VDS thunderstorms with Woodlands Road (West of Laidley) recording 57mm in one hour, and Highfields (North of Toowoomba) recording 68mm in an hour.

Into the early evening, the Standard Emergency Warning Signal was activated with Amberley copping a deluge as 86mm fell with the space of an hour, before eventually registering a total of 112mm in the 24 hours to 9am 7/01/2021. The 112mm to 9am this morning made it Amberley's wettest January day in 8 years (2013). 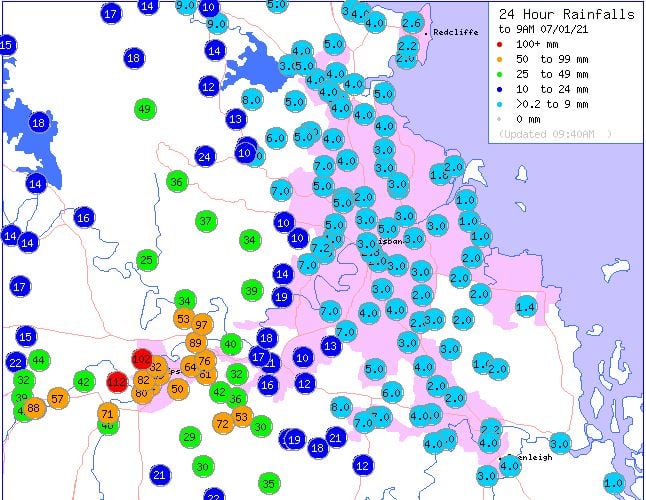 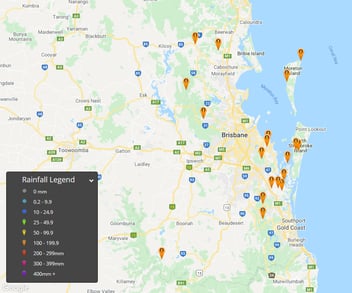 An inland trough was the catalyst for severe thunderstorm activity, which tracked across the... 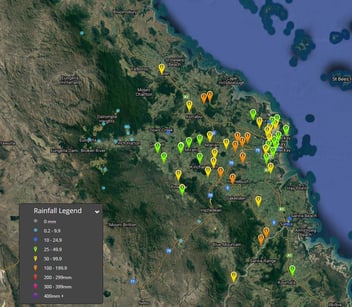 Another bout of severe weather impacted Queensland on Saturday afternoon, with severe thunderstorms... 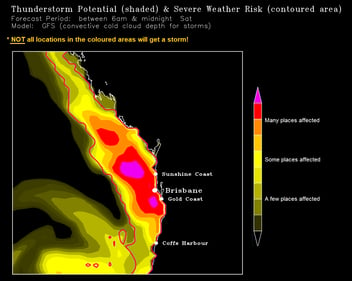 Severe thunderstorms will return to eastern Queensland during Saturday afternoon with damaging to...