Weather & Natural Hazards
Climatics is Australia’s most comprehensive database of historical acute and chronic severe weather hazards and warnings at any location since 1911.
Learn more
GO BACK
Everything your organisation needs to meet requirements on climate risks to people, assets and services.
Learn more
Dec 22, 2020 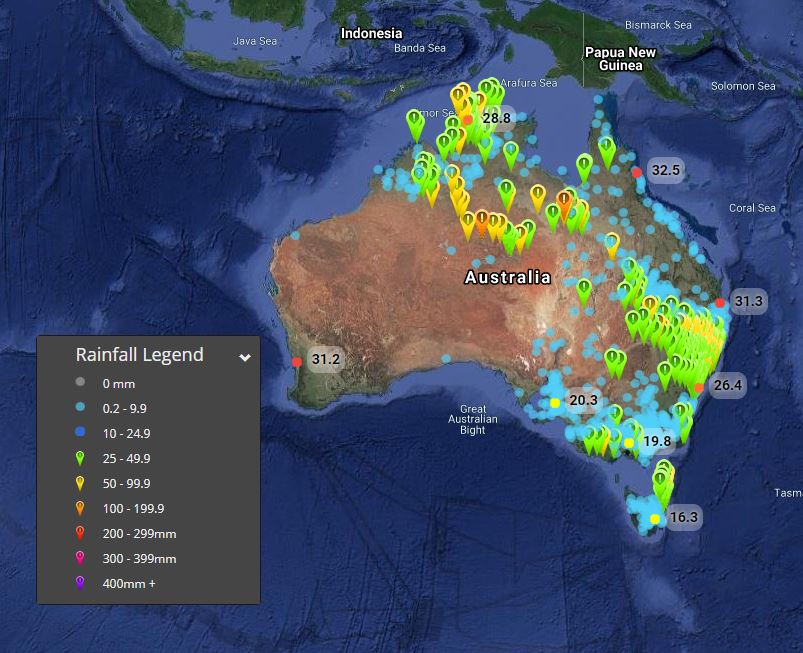 An impressive northwest cloud band stemming from a tropical low across Northwestern Australia has delivered impressive rainfall totals across multiple states and Territories over the last several days, with some locations registering their highest December totals on record.

Tamworth, in NSW recorded its highest daily since February 2012 and its highest total for the site since it opened in 1993, picking up an impressive 92mm to 9am Tuesday 22nd December. Further widespread rainfall was recorded across NSW over the past 24 hours, as tropical moisture streamed across the state. Narrabri picked up 54mm, Boggabri 98mm, Gunnedah 72mm, Upper Horton 74mm and Port Macquarie 71mm. These heavy falls caused flash flooding across central-inland parts of NSW with riverine flooding also expected, with numerous wet days leading into this event.

During Wednesday, further showers, storms and rain periods will continue to cause moderate to locally heavy falls possible. Another 40-80mm can be expected for central parts of the NT, with isolated falls exceeding 100mm likely leading to further flash flooding and riverine flooding.