Weather & Natural Hazards
Climatics is Australia’s most comprehensive database of historical acute and chronic severe weather hazards and warnings at any location since 1911.
Learn more
GO BACK
Everything your organisation needs to meet requirements on climate risks to people, assets and services.
Learn more
Jun 22, 2021

A thick cloudband is stretching from Australia's northwest to southeast, bringing with it widespread rainfall across large parts of the country and the heaviest winter falls in years to some areas.

Image 2: A strong subtropical jetstream is directing the cloudband from the northwest of the country to the southeast (Source: BSCH Stormcast)

Image 3: A negative Indian Ocean Dipole and how it affects Australia (Source: Bureau of Meteorology) 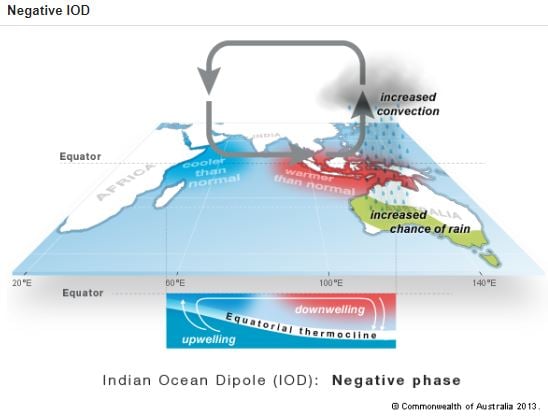 As this cloudband makes its way east across the nation, further good falls are likely within the next 72 hours, although the best rain will likely to be patchy with some places likely to receive little if any rain at all. Some of the better falls are expected over parts of coastal SA (20-40mm), northern TAS (15-30mm), VIC (5-30mm and up to 100mm in the northeast), southern and central NSW (20-70mm), northern inland NSW and southern QLD (10-40mm) and the southern NT (5-20mm). This may lead to flooding in some catchments that receive heavier falls, mainly northeast VIC and southern NSW.

Later this week, this system will finally push across southern and central QLD where falls of 10-30mm are likely, before moving out to sea during the weekend.

Image 4: Accumulated precipitation across the next 72 hours (Source: Weatherwatch Metcentre) 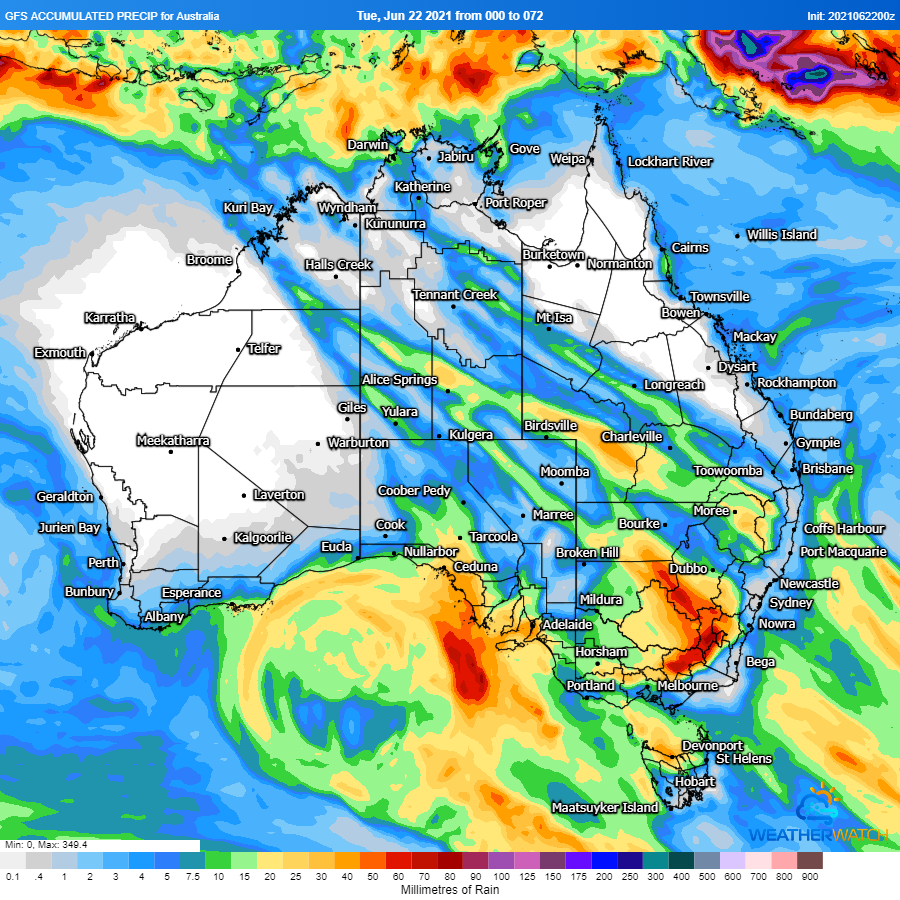 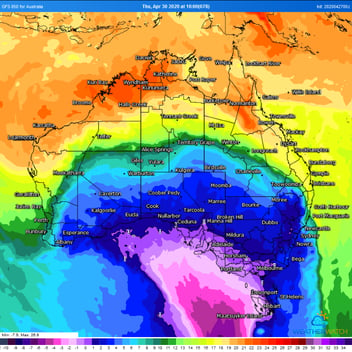