Weather & Natural Hazards
Climatics is Australia’s most comprehensive database of historical acute and chronic severe weather hazards and warnings at any location since 1911.
Learn more
GO BACK
Everything your organisation needs to meet requirements on climate risks to people, assets and services.
Learn more
Feb 20, 2018

Record rainfall aided significantly by Cyclone Joyce and Cyclone Kelvin have meant the town has received 1497.2mm so far this year, eclipsing the previous record of 1496.6mm set back in 2000.

January (940mm) and February (557.2mm and counting) were both the wettest on record, with January also being the town's wettest month on record.

With the cyclone season persisting through to April and the remainder of the year to come, Broome has the chance to break its previous by a significant margin. 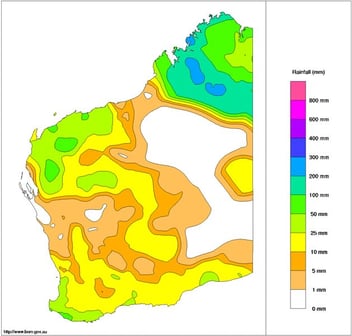 The South West Land Division of WA has experienced a very stormy last 4 weeks, with an impressive... 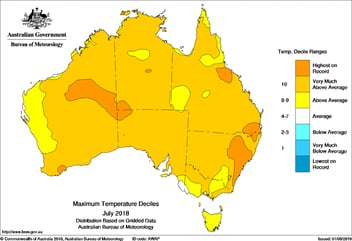 The bite was significantly taken out of July for the second year running across Australia, with the...

Some parts of southeastern Australia are enduring their driest start to a year on record, however...