Weather & Natural Hazards
Climatics is Australia’s most comprehensive database of historical acute and chronic severe weather hazards and warnings at any location since 1911.
Learn more
GO BACK
Everything your organisation needs to meet requirements on climate risks to people, assets and services.
Learn more
Aug 08, 2021

Showers, strong winds and thunderstorms ahead for southwest WA 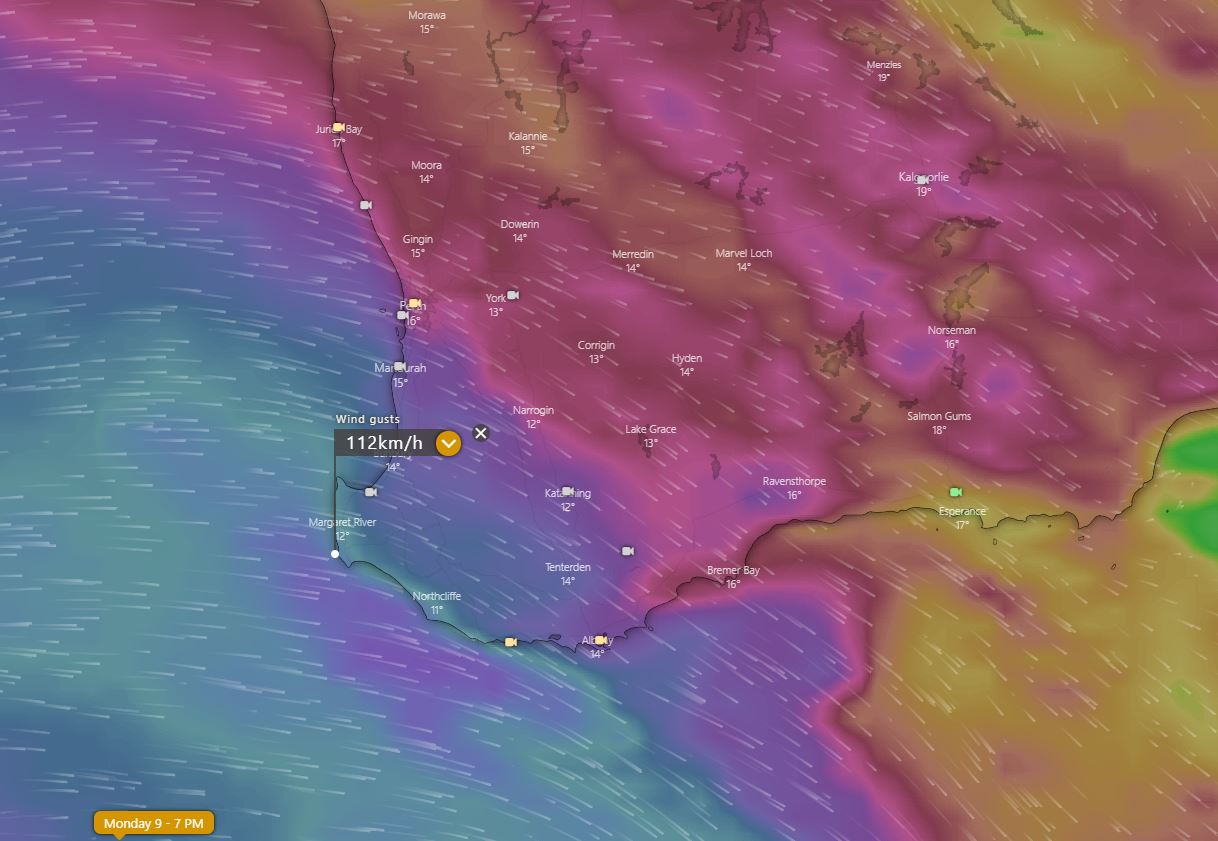 After enjoying a brief reprieve from wet weather the last several days, a series of cold fronts are set to bring another burst of showers, strong winds and thunderstorms to WA's southwest over the next few days.

Unstable northwesterly winds brought heavy rain to parts of the Margaret River region overnight on Saturday, with falls of 60-80mm around Wilydowns, Acton Park and Duggans in the 24 hours to 9am today, however overall the day only saw a few showers across southwest WA.

Conditions will deteriorate overnight as a strong cold front moves through, with showers bringing the risk of damaging winds to around 100km/h south of a line from Bunbury to Cheynes (east of Albany), with winds to around 70-90km/h independent of showers about the exposed coast. These winds will ease for a period during Monday morning before another strong cold front crosses during the afternoon and evening. This secondary front is expected to bring stronger winds than the first, with gusts to around 100km/h in showers and thunderstorms possibly extending up to Perth, with the southwest capes also expected to see wind gusts of 100-110km/h independent of showers/storms.

In the wake of the front winds will ease a little, but still remain fresh to strong about the coasts with gusts of 70-90km/h particularly in any showers/storms. A very cold airmass will also move over the region, with many centres struggling to reach the early to mid teens on Tuesday, with showers and isolated storms bringing the risk of small hail and strong wind gusts. The airmass is also expected to be cold enough to bring snow about the peaks of the southwest, such as Bluff Knoll.

Conditions will quickly improve into late Tuesday and Wednesday as a large high moves over the region. Only a few light showers will persist, with clearer skies and a lingering cool airmass likely to lead to a few frosty mornings, particularly over inland areas. 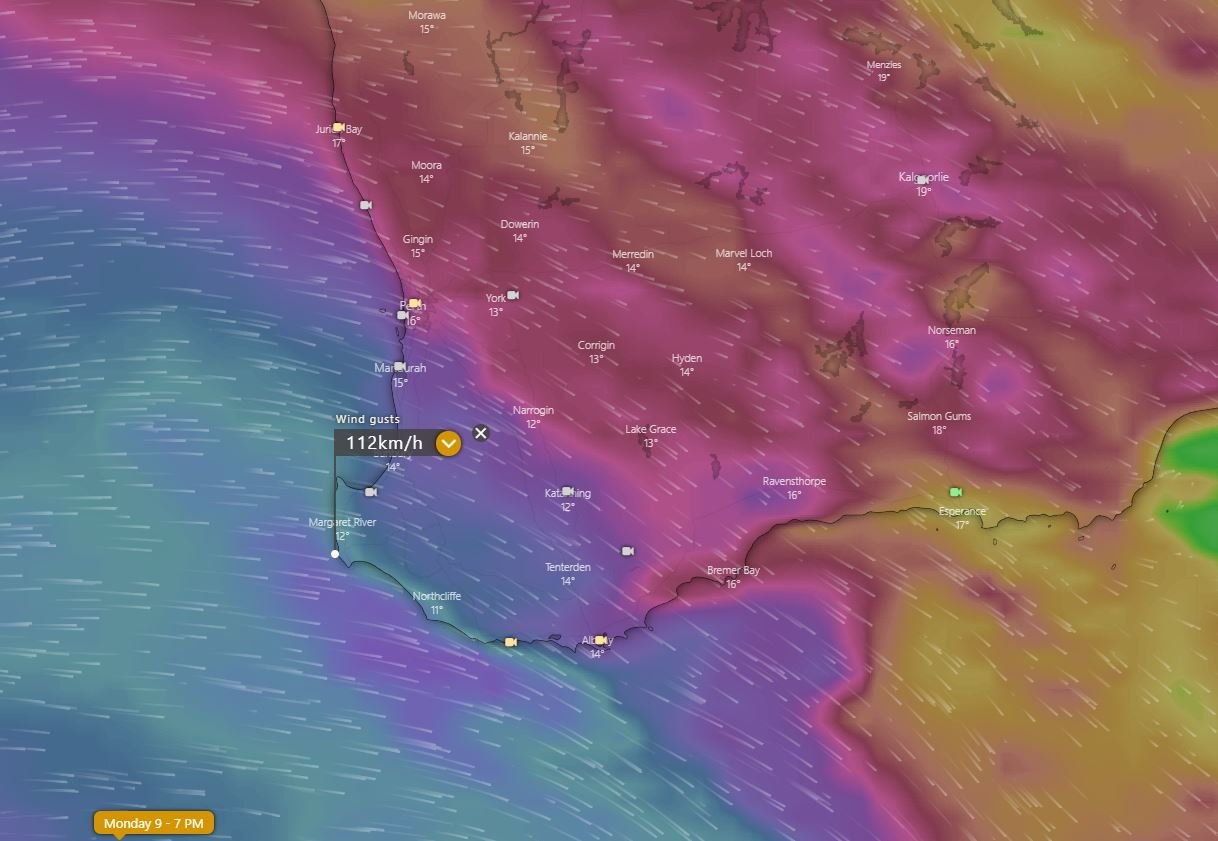 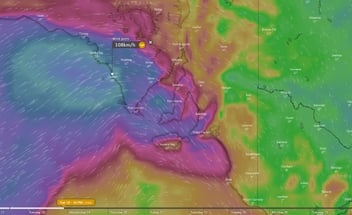 Wild weather is on the way to parts of southeast Australia over the coming days as a series of cold... 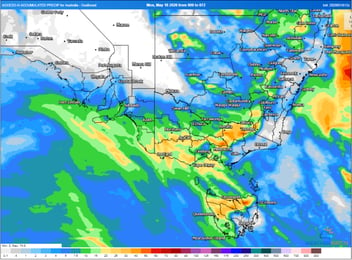 Two frontal systems are set to bring the run of stunning sunny days to an end over southeastern... 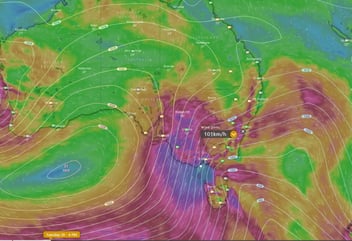