The arrival of winter is set to be greeted with a band of showers, patchy rain periods and isolated thunderstorms across southern Queensland and NSW on Wednesday intoThursday.

On Wednesday, an upper trough and surface trough will move through the interior of the country and interact with increasing moisture to its east whilst generating showers and storms across western QLD, NSW and northeastern parts of South Australia. A localised damaging wind threat will exist with storm activity across this region along with bursts of heavy rain.

Overnight Wednesday and into Thursday, this cloud band is expected to thicken up with widespread showers, rain periods and embedded thunderstorms. Widespread falls of 10-15mm are expected, particularly for parts of central and northern NSW, with isolated heavier falls of 20-40mm expected.

This activity will shift towards coastal regions late Thursday in a weakening state, with 5-15mm expected for coastal regions of eastern NSW and South East Queensland, including Brisbane and Sydney.

Gusty southwesterly winds will develop across NSW and QLD in the wake of this system, with a dry and cooler airmass expected across the eastern states, with frost expected for a large portion of NSW and southern QLD into the weekend and early next week. 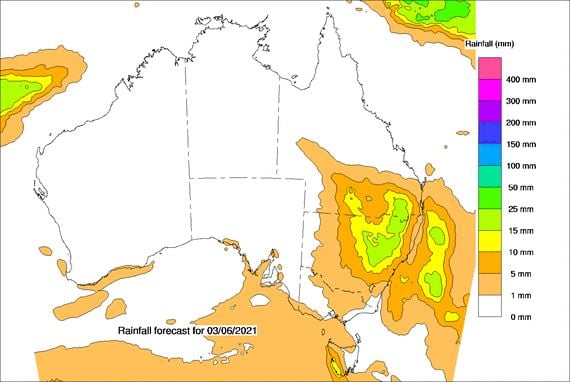 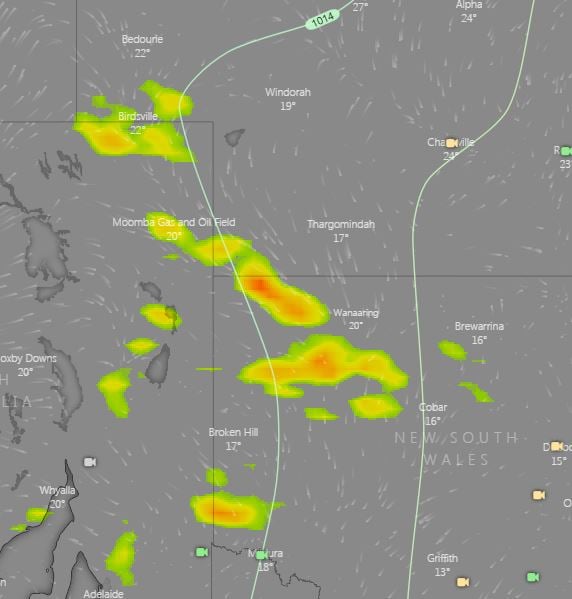 A surface and upper trough has caused widespread 25 to 50 mm falls across much of the Southeast Coast forecast district ...

END_OF_DOCUMENT_TOKEN_TO_BE_REPLACED

Large parts of the country (with the exception of the southwest and southeast) are enjoying mostly clear and mild condit...