Weather & Natural Hazards
Climatics is Australia’s most comprehensive database of historical acute and chronic severe weather hazards and warnings at any location since 1911.
Learn more
GO BACK
Everything your organisation needs to meet requirements on climate risks to people, assets and services.
Learn more
Mar 31, 2021

La Nina is over - so what is ahead for Australia?

La Nina was officially declared over yesterday by the Bureau of Meteorology as sea surface temperatures in the tropical Pacific Ocean returned close to normal, so what is the outlook ahead for Australia over the coming months?

The La Nina event, which started in September 2020 has helped bring above average rainfall for large parts of the country over the last six months (with the exception of November), as well as contributing significantly towards the nation's coolest summer in nine years.

El Nino Southern Oscillation (ENSO) events tend to break down later in summer and autumn, as we have seen so far this year. So with a return to neutral conditions, what weather can Australia expect to see for the remainder of autumn and into winter?

Most model outputs suggest that a neutral ENSO state is likely for the remainder of autumn and winter. This means ENSO is likely to have little impact on the nation's weather for the coming months, with the Madden-Julian Oscillation (MJO), Southern Annular Model (SAM) and Indian Ocean Dipole (IOD) likely to influence the weather more.

While the IOD and SAM are currently neutral, a moderate MJO pulse will play the biggest role in the nation's weather in the coming weeks, with a pulse expected to bring increased rainfall across the north and potentially east of the country over the next couple of weeks. However, over the next two to three months, there are no clear indications of wetter or drier conditions due to neutral climate drivers.

Looking even further ahead there are some indications from around mid-winter a negative IOD event may develop. Negative IOD events tend to bring wetter conditions to large parts of Australia during winter and spring, with the last significant negative IOD event in 2016. ENSO is expected to stay neutral until at least early spring, although some models are indicating a shift towards La Nina conditions once again mid to late spring. With this a number of months away it is hard to lock anything in, but it looks unlikely we will shift back into El Nino conditions this year. 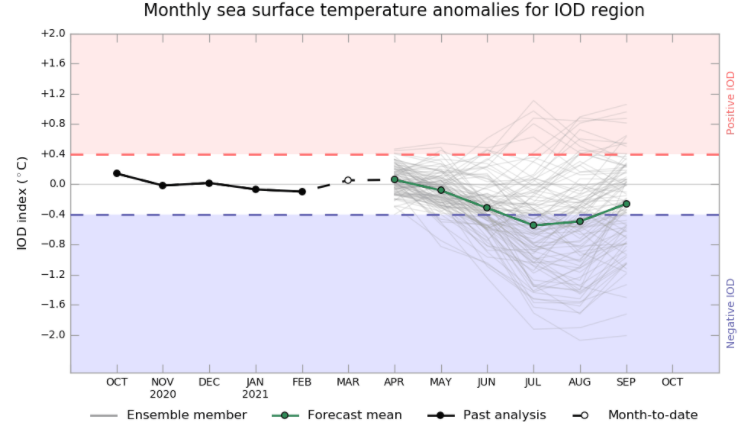 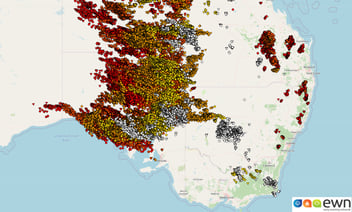 The Bureau of Meteorology has officially declared a La Nina event is underway as of today,...