A surface and upper trough has caused widespread 25 to 50 mm falls across much of the Southeast Coast forecast district of Queensland as well as the Northern Rivers district of New South Wales and parts of the Mid North Coast district late yesterday into this morning.

Isolated falls over 50 mm have been recorded among these areas.

There have also been some falls of 10 to 25 mm in parts of the southern and western interior of Queensland as well as the New South Wales Northern Tablelands and eastern interior.

Occasional showers and some patchy rain areas are expected to persist in these areas today. Isolated storms are also possible today in parts of the southeastern interior and Wide Bay and Burnett districts of Queensland.

A very cool day is also expected in these areas with maximum temperatures below average due to the cloud cover, rainfall and cooler airflow.

Image 1 and 2: Observed rain amounts between 9am yesterday and 8am today (AEDT). 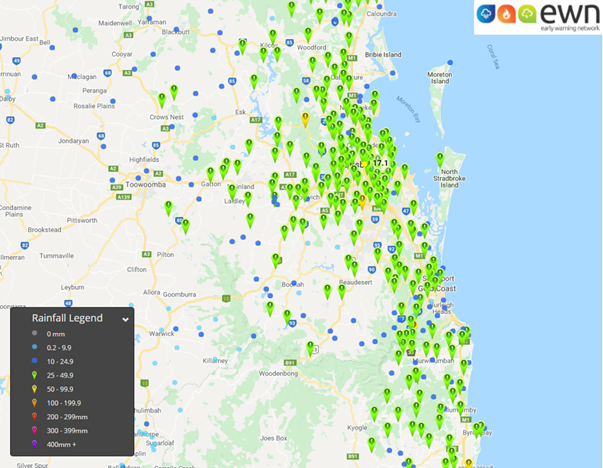 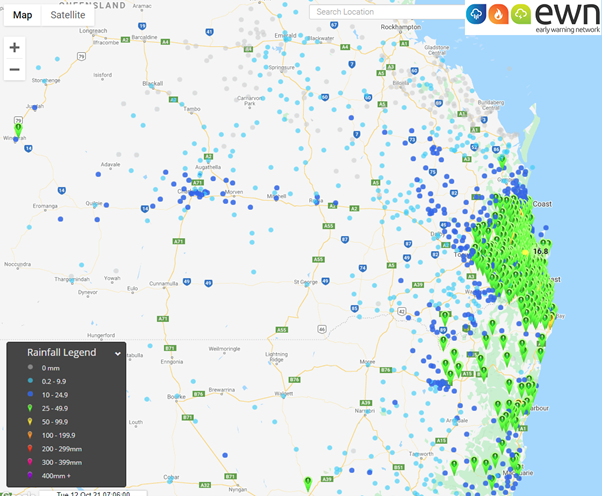 Large parts of the country (with the exception of the southwest and southeast) are enjoying mostly clear and mild condit...

END_OF_DOCUMENT_TOKEN_TO_BE_REPLACED

Rain and thunder to kick off winter for inland NSW...

The arrival of winter is set to be greeted with a band of showers, patchy rain periods and isolated thunderstorms across...