Weather & Natural Hazards
Climatics is Australia’s most comprehensive database of historical acute and chronic severe weather hazards and warnings at any location since 1911.
Learn more
GO BACK
Everything your organisation needs to meet requirements on climate risks to people, assets and services.
Learn more
Jan 29, 2021

Tropical low bringing torrential rain to the Kimberley; likely to develop into a Tropical Cyclone this weekend 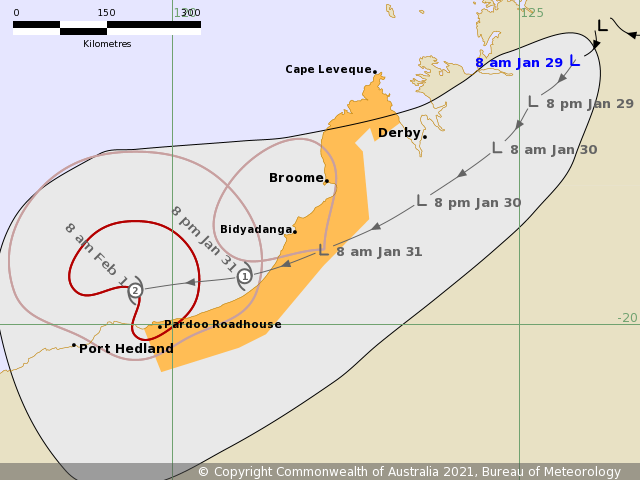 The low, which formed over the southern Daly district in the NT on Tuesday, has been producing widespread falls of 50-100mm across the last few days as it moved over the WA Kimberley region, prompting flood warnings advising of impassable roads and isolation of communities.

The system, which is currently located over the northern Kimberley, will continue to produce widespread heavy rain over the region today and into the weekend. A severe weather warning is in place for widespread 24 hour falls of 50-100mm and isolated totals in excess 200mm bringing the risk of flash flooding and riverine flooding, with potential for accumulated falls in excess of 400mm over the next few days.

On Sunday, the low is expected to move off the west Kimberley coast and rapidly intensify, developing into a tropical cyclone later Sunday evening or on Monday morning. A cyclone watch is current from Cape Leveque to Pardoo. The next tropical cyclone to develop in Australian waters will be called 'Lucas' (with another cyclone also likely to form over the Coral Sea later in the weekend or early next week making it difficult to determine the name).

Image 1: Track Map for the Tropical Low from the Bureau of Meteorology (at 9am WST Friday 29 January, 2021)

Image 2: Accumulated rainfall over northern WA across the next 3 days from the ECMWF Model (Source: Windy.com)

Image 3: Model output from the GFS Model of the position of the system on Monday 1st February, 2021 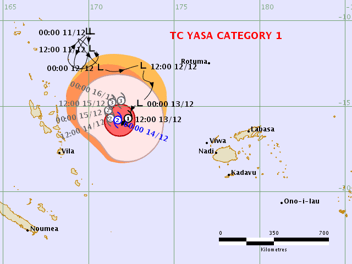 Tropical Cyclone Yasa was officially named overnight as the tropical low that has been developing...

Tropical north QLD will face an increasing risk of flooding from Wednesday as a tropical low... 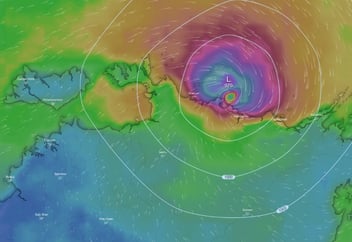 A tropical cyclone off the Top End is becoming increasingly likely by the middle of this week, as a...