Weather & Natural Hazards
Climatics is Australia’s most comprehensive database of historical acute and chronic severe weather hazards and warnings at any location since 1911.
Learn more
GO BACK
Everything your organisation needs to meet requirements on climate risks to people, assets and services.
Learn more
Jul 19, 2021 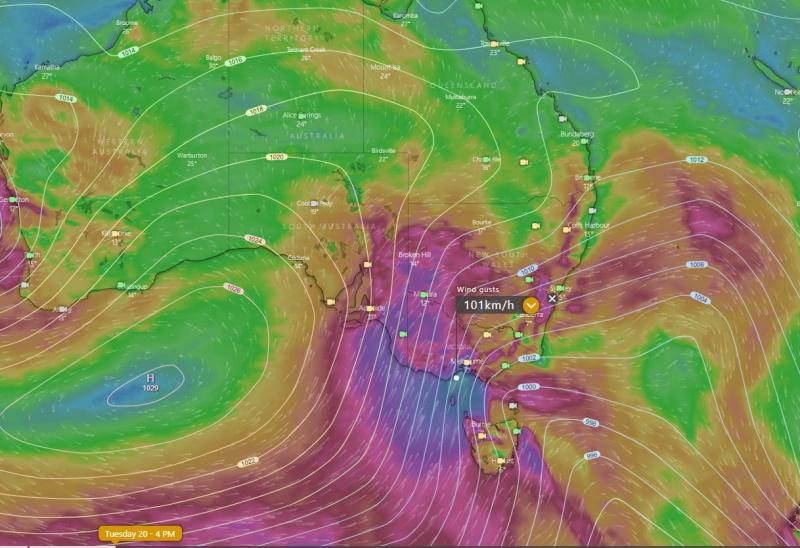 Another strong cold front is set to bring a fresh burst of showers, alpine snow and strong winds across the southeast of Australia from late today through to Wednesday, with the chilly weather set to be felt right into central Queensland.

The affects of the approaching front are beginning to be seen on Monday afternoon across southeast parts of South Australia, southwest Victoria and western Tasmania, as showers increase and westerly winds strengthen, however conditions will noticeably deteriorate from Tuesday morning as the front sweeps across the region.

The front will hit Adelaide and Hobart during the mid to late morning and Melbourne during the mid afternoon, causing northwesterly winds to shift to southwest and bringing a burst of cold air. With the front, showers, isolated thunderstorms and small hail are possible and winds will become strong, with widespread wind gusts of 60-80km/h, and some regions seeing gusts to 90-100km/h (mainly elevated and coastal areas). Localised stronger winds may occur in any showers and storms.

Strong winds of 60-80km/h (locally to 90kmh) will begin to hit southern NSW later on Tuesday afternoon, and surge up the NSW coast from early Wednesday morning and spreading into northern NSW and far southern QLD during the late morning and into the afternoon. These strong winds coupled with the bitterly cold airmass the front will bring will make it feel like one of the coldest days this winter for places such as Sydney and Brisbane. Sydney will struggle to reach 15 degrees on Wednesday, however the wind chill will make it feel much colder (between 5-10 degrees throughout the day). Likewise, Brisbane is predicted to reach 18 degrees, however winds will make it feel much colder.

The system will bring widespread snowfalls across TAS, VIC and NSW alpine areas, with light snowfalls extending up to the NSW Northern Tablelands, with dustings possible at places such as Glen Innes and Mount MacKenzie (near Tenterfield). Over the resorts, fresh snowfalls of 10-20cm are likely.

A high will cause easing of conditions from Wednesday over SA, TAS and VIC, reaching eastern states by Thursday, although chilly nights will return while skies are clearer before another system approaches later this week. 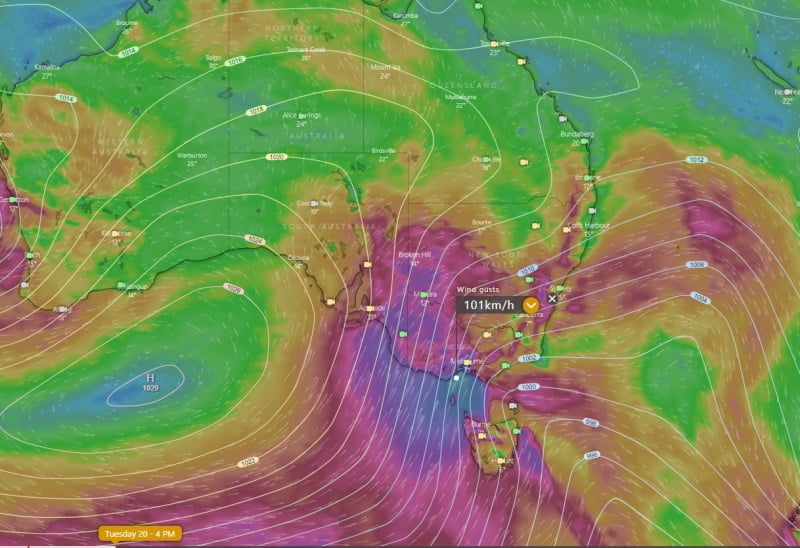 Image 2: Snow forecasts for the next 3 days from the ECMWF Model (Source: Windy.com) 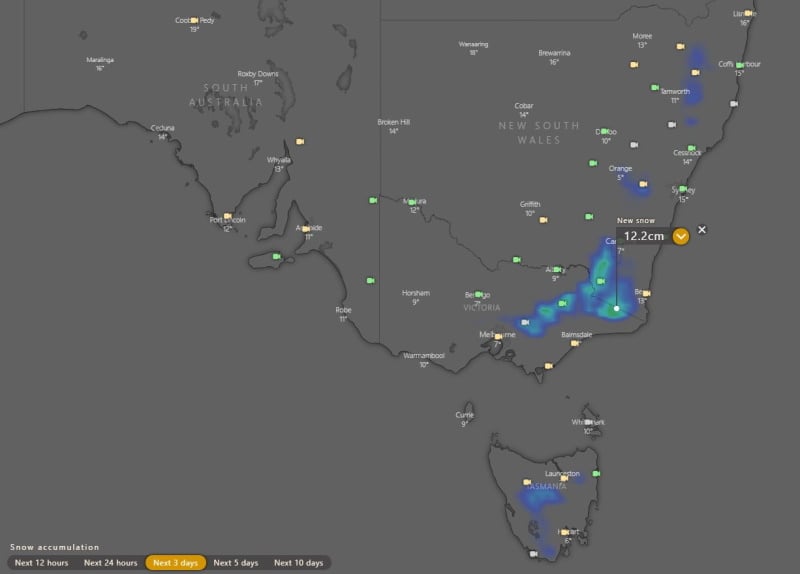 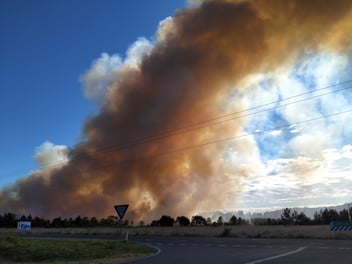 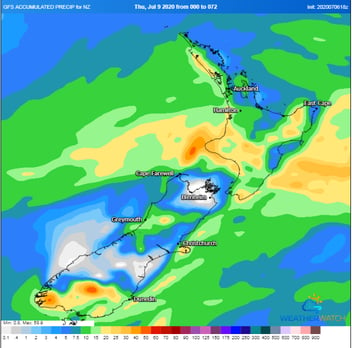