Weather & Natural Hazards
Climatics is Australia’s most comprehensive database of historical acute and chronic severe weather hazards and warnings at any location since 1911.
Learn more
GO BACK
Everything your organisation needs to meet requirements on climate risks to people, assets and services.
Learn more
Sep 18, 2020

Severe thunderstorms develop across central Australia with more on the way

The Bureau of Meteorology issued severe thunderstorm warnings just after lunch Friday afternoon, with damaging winds, large hail and heavy rainfall that may lead to flash flooding possible across the interior of the country. 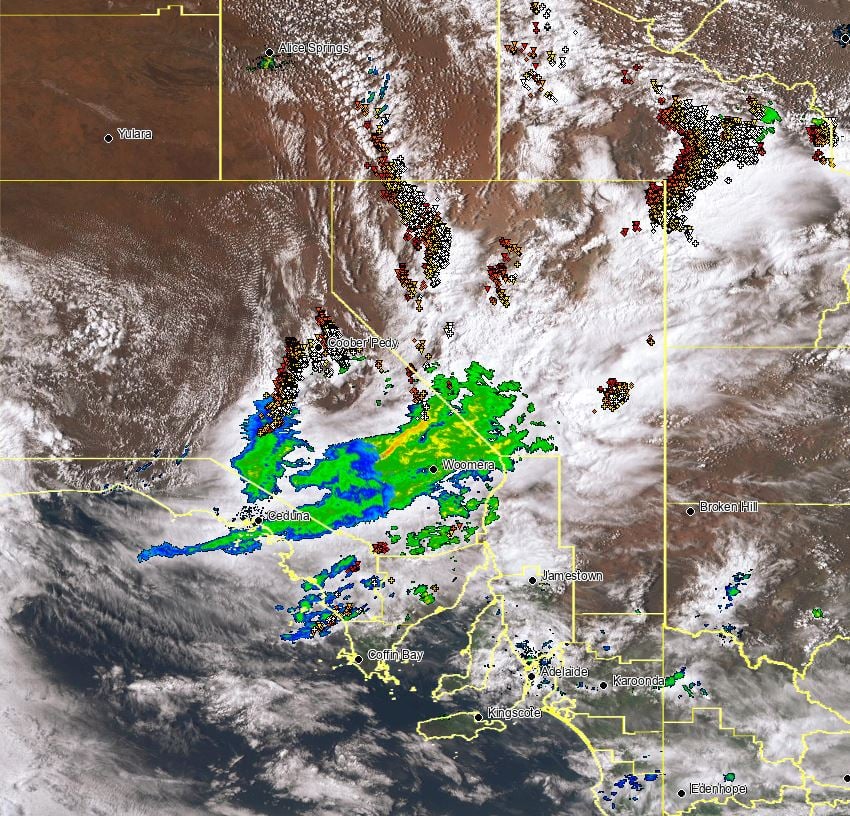 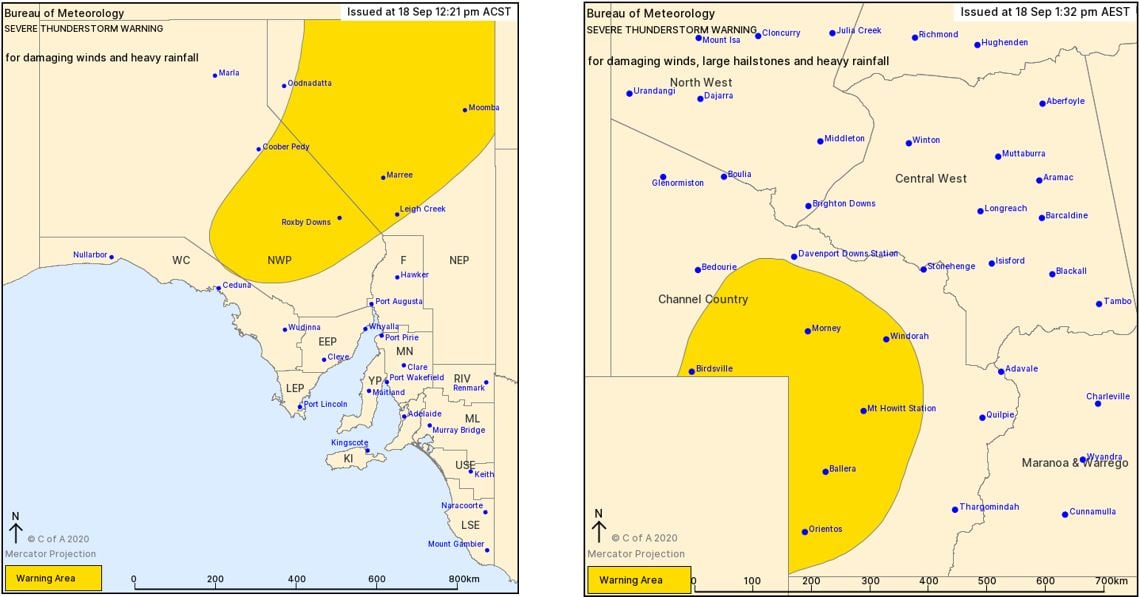 This storm activity is expected to continue overnight Friday into Saturday morning, before another round of severe storms develop across western Queensland. Saturday afternoon's storms are expected to be rather intense, with the potential for supercell thunderstorms to develop which will be capable of producing damaging to locally destructive winds, large to giant hail and further heavy falls. There is even the outside chance of an isolated tornado or two developing should any supercells remain discrete. 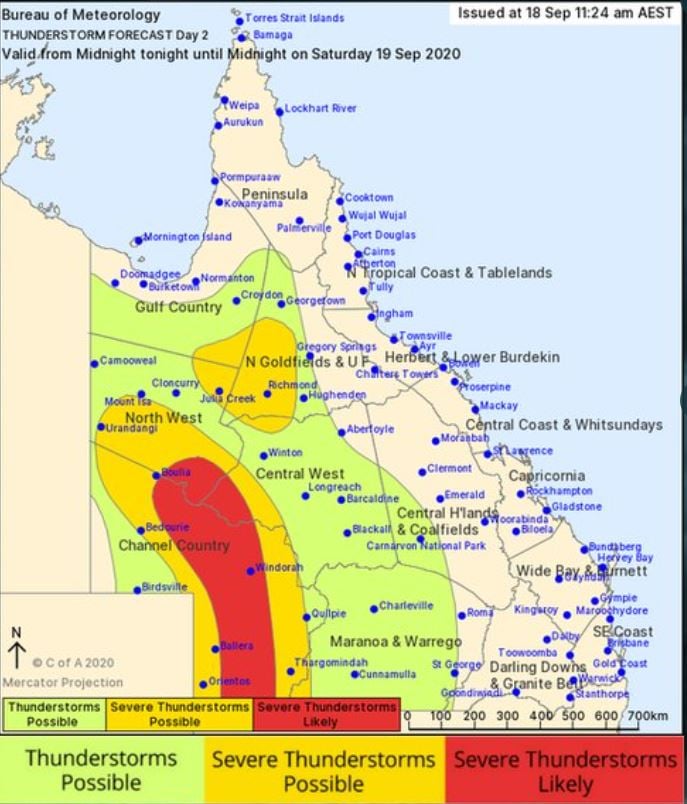 Further south, widespread shower and storm activity will develop for eastern parts of South Australia, western NSW and Victoria during Saturday afternoon and evening. A few of these storms are expected to become severe with damaging winds, large hail and heavy rainfall leading to flash flooding. 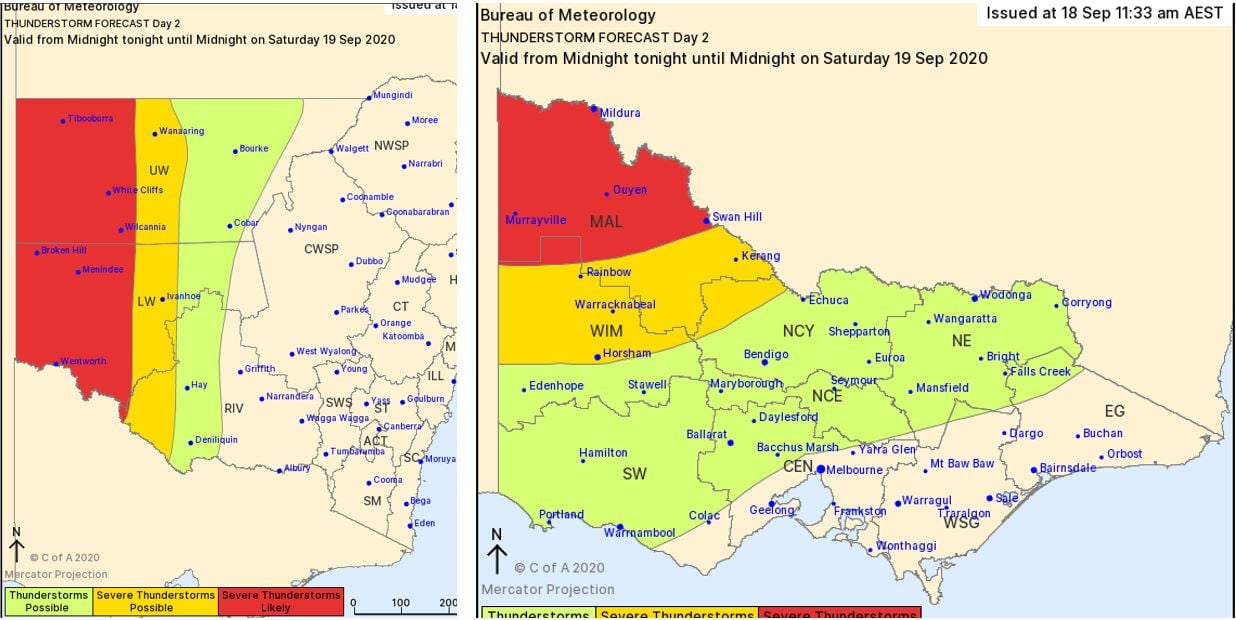 The slow-moving cold front and pre-frontal trough across central Australia will shift east into Monday, interacting with increasing moisture to generate moderate to strong instability across NSW and southern QLD. Strong wind shear associated with an upper trough will be present across the region helping to aid in the development of severe storms. 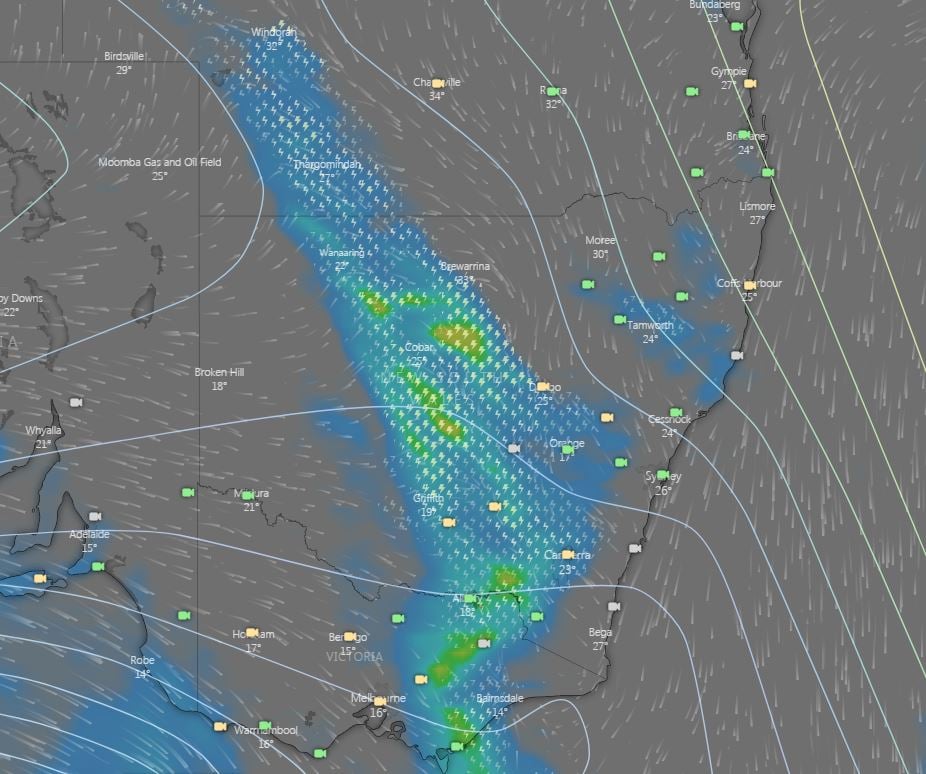 Further storm activity will continue overnight Monday and into Tuesday morning whilst shifting northeast? however severe storm activity is considered minimal across northeastern NSW and southern QLD at this time. 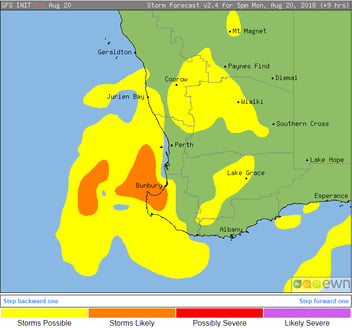 Afternoon shower and high based thunderstorm activity is possible across parts of south-western... 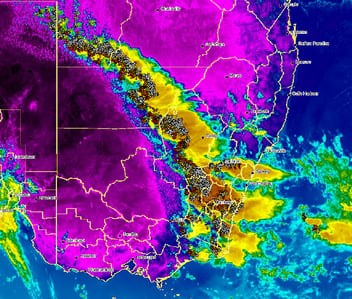 Thunderstorms flaring up over NSW again

More thunderstorms have sparked up across parts of New South Wales today in a run of several days... 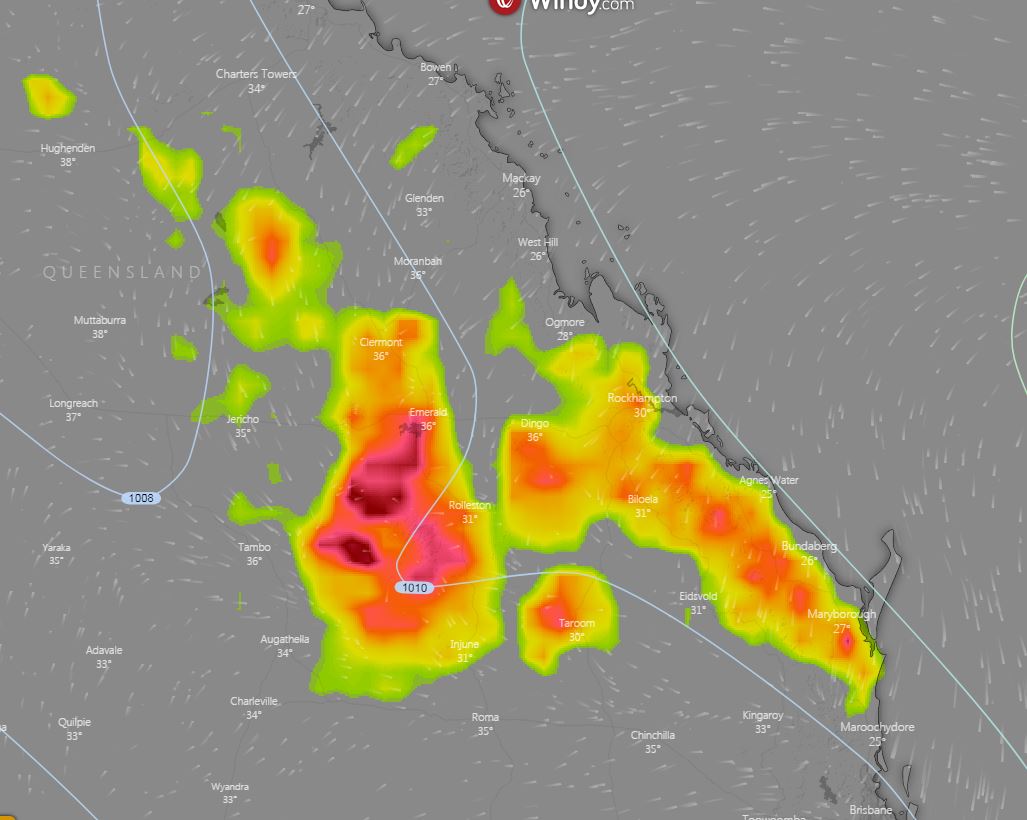 Thunderstorms to return to eastern QLD

Thunderstorm activity is expected to return to central Queensland this afternoon, with a gradual...