Weather & Natural Hazards
Climatics is Australia’s most comprehensive database of historical acute and chronic severe weather hazards and warnings at any location since 1911.
Learn more
GO BACK
Everything your organisation needs to meet requirements on climate risks to people, assets and services.
Learn more
Nov 10, 2020

After a lean start to the storm season, things are going to heat up over the next 48 hours across central and western Victoria as a strong low pressure system and cold front sweep across southeastern Australia.

On Wednesday, cloud and showery conditions are expected during the morning hours before substantial storm activity develops along the trailing cold front.

This system will slowly move east into Thursday, with scattered showers expected to continue across central and southern parts of the state, as westerly winds wrap around the backside of the low pressure system over Tasmania. 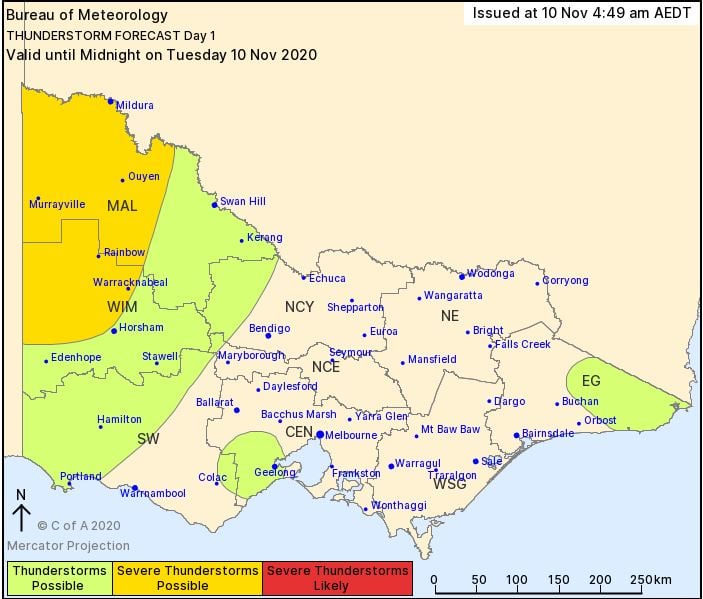 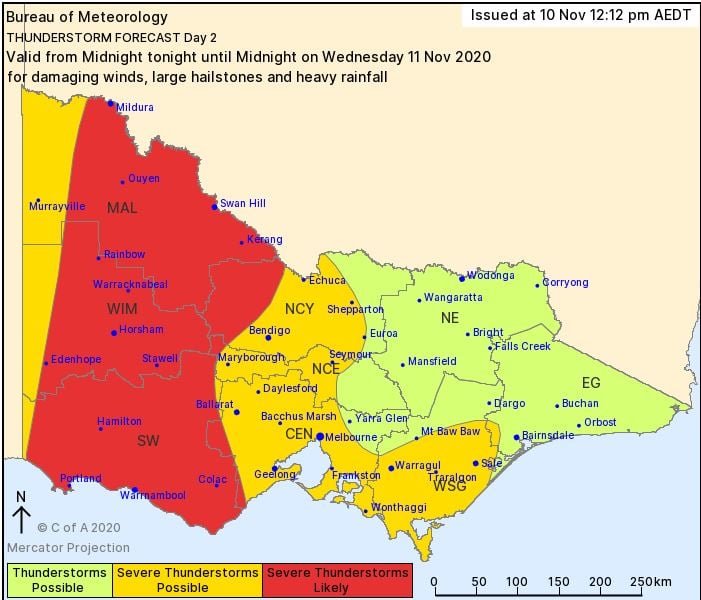