Weather & Natural Hazards
Climatics is Australia’s most comprehensive database of historical acute and chronic severe weather hazards and warnings at any location since 1911.
Learn more
GO BACK
Everything your organisation needs to meet requirements on climate risks to people, assets and services.
Learn more
May 05, 2021 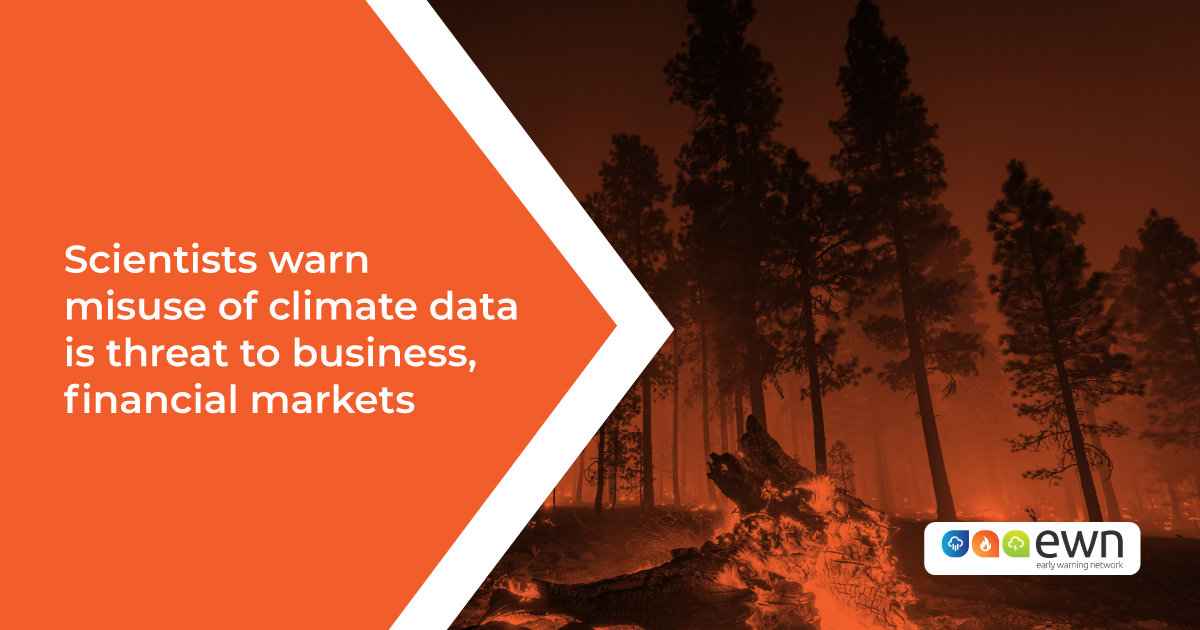 This post was originally published on S&P Global by Esther Whieldon. Republished with permission.

In the ESG world, data is fundamental to understanding risk. A new report by scientists cautions that climate change data is extremely nuanced and has a high potential for misuse with big ramifications when it comes to assessing financial risks.

As companies and financial institutions come under pressure to assess and disclose their climate risks, many are turning to climate service providers and other consulting firms that have created tools to help entities assess their risk profile for assets and supply chains. The vast majority of climate change models are open-source, meaning anyone can use them. As such, the models are sometimes adapted to climate assessments by the business community and climate service providers without a good understanding of all the complexities involved, said the paper published Feb. 8 in the journal Nature Climate Change. The paper did not mention specific providers by name.

In this episode of S&P Global's ESG Insider podcast we interview authors of the report. Listen on SoundCloud, Spotify and Apple Podcasts.

ESG Insider: A Podcast by S&P Global · When climate science and business collide

"Poor use of science can exaggerate financial implications and either introduce a problem where none previously existed or provide false reassurance that there is no exposure to climate risk or that it is adequately addressed," said the paper, by scientists from the University of Sydney Business School, the Australian Research Council's Centre of Excellence for Climate Extremes and the consultancy Climate Policy Research.

That could have big implications. Misuse of climate models can result in maladaptation, a material misstatement of risk in financial reports, and greenwashing, said the report. Misapplied data in risk assessment tools, combined with an independent auditor's opinion verifying the findings, can also create a false sense of security, the scientists warned.

This false sense of security "may cause entities to present themselves to investors and regulators as having such excellent data that they can anticipate and thus trade their way out of climate risks before others in the same market," the scientists explained. "This could be an issue for managers of diverse portfolios of financial assets, as well as for businesses that revolve around exposure to real assets, such as insurers or providers of infrastructure financing."

Climate change is causing an increase in extreme weather events that is already proving costly. For example, the U.S. in 2020 experienced a record-smashing year in billion-dollar-scale extreme weather and climate change-linked disasters such as wildfires, tropical cyclones, tornados and hail storms, according to the National Oceanic and Atmospheric Administration. Those events collectively caused at least $95 billion in damages, killed at least 262 people and injured scores more. Prior to 2020, the largest number of annual major disasters was 16. 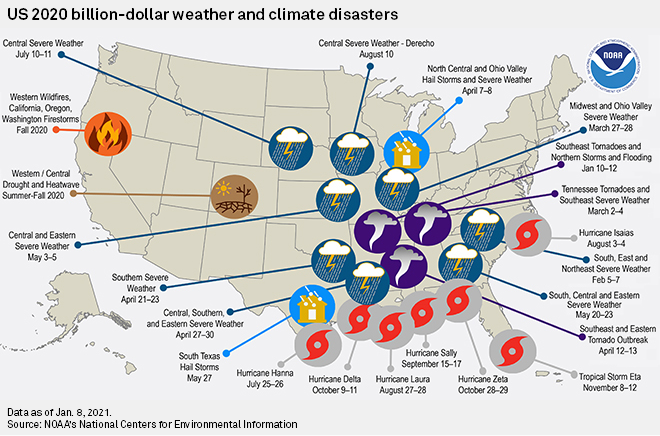 Using a range of climate models and emissions scenarios can help "provide a probabilistic estimate of future climate" risk, said the paper. But, "when climate information is required at spatial scales less than the order of 1,000 km, for a few years or one or two decades ahead, or for extreme events, the situation is much more complex."

One fundamental problem is that climate models were not created with a business-use application in mind, the scientists said. Among other things, most climate models are based on 100-year timelines and on relatively large geographic scales, while businesses plan on a much shorter time horizon and are looking to analyze risks to specific locations.

The paper went so far as to suggest that even some climate disclosure models and recent major reports by federal agencies on climate risks for the U.S. economy may not have been based on the proper use of climate science.

"There is little evidence, for example, of the involvement of climate science in the development of recommendations made by the Task Force on Climate-related Financial Disclosures, the EU's High-Level Expert-Group on Sustainable Finance or the Climate-Related Market Risk Subcommittee of the U.S. Commodity Futures Trading Commission," said the report. The CFTC subcommittee in October 2020 concluded that climate change poses a "major risk" to the stability of the American financial system and the broader economy.

In this episode of ESG Insider, a podcast hosted by S&P Global, we talk to Rostin Behnam, a commissioner at the U.S. Commodity Futures Trading Commission, about a report from the CFTC Climate-Related Market Risk Subcommittee that concluded climate change poses a "major risk" to the stability of the American financial system and the broader economy.

How to solve the problem

While consulting with scientists can help resolve these risk assessment issues, "many of the emerging demands for financially meaningful information cannot be met by current climate models that were designed for other purposes."

The paper recommends that, for starters, climate service providers and anyone doing the assessments consult closely with the scientific community to understand what types of analysis are feasible and with which models. And the scientists note that companies can undertake their own "forensic examination of business accounts to identify financial impacts from observed weather variability over the last five to 10 years, and longer, if possible."

But the biggest change needs to happen within the scientific community, the scientists wrote. Basically, climate scientists need to follow the lead of weather forecasting scientists.

"Just like for climate, weather forecasts beyond a few hours ahead use complex numerical models ... supported by major national and international investments in science, supercomputing and data systems that routinely generate numerical forecasts," the report stated. But unlike climate forecasters, professional weather forecasters translate these complex simulations into information helpful to nonexpert users.

"Meeting the demands of business for climate risk information requires a paradigm shift that elevates climate modeling to the same level," the scientists wrote.

This post was originally published on S&P Global by Esther Whieldon. Republished with permission. 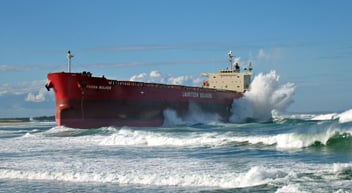 Harnessing the Power of Data Against Cold Fronts and Lows

The threat of extreme weather is an existing challenge for many... 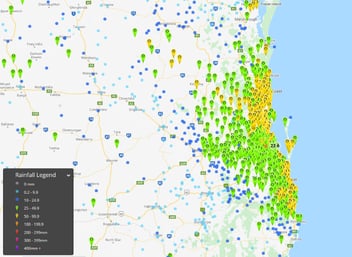 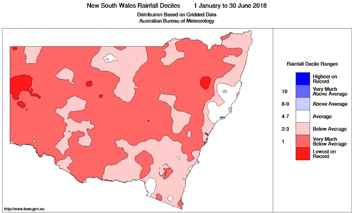 Driest year on record for parts of NSW

Drought conditions continue for many regions across New South Wales, with figures revealing some...