Weather & Natural Hazards
Climatics is Australia’s most comprehensive database of historical acute and chronic severe weather hazards and warnings at any location since 1911.
Learn more
GO BACK
Everything your organisation needs to meet requirements on climate risks to people, assets and services.
Learn more
Jul 30, 2021 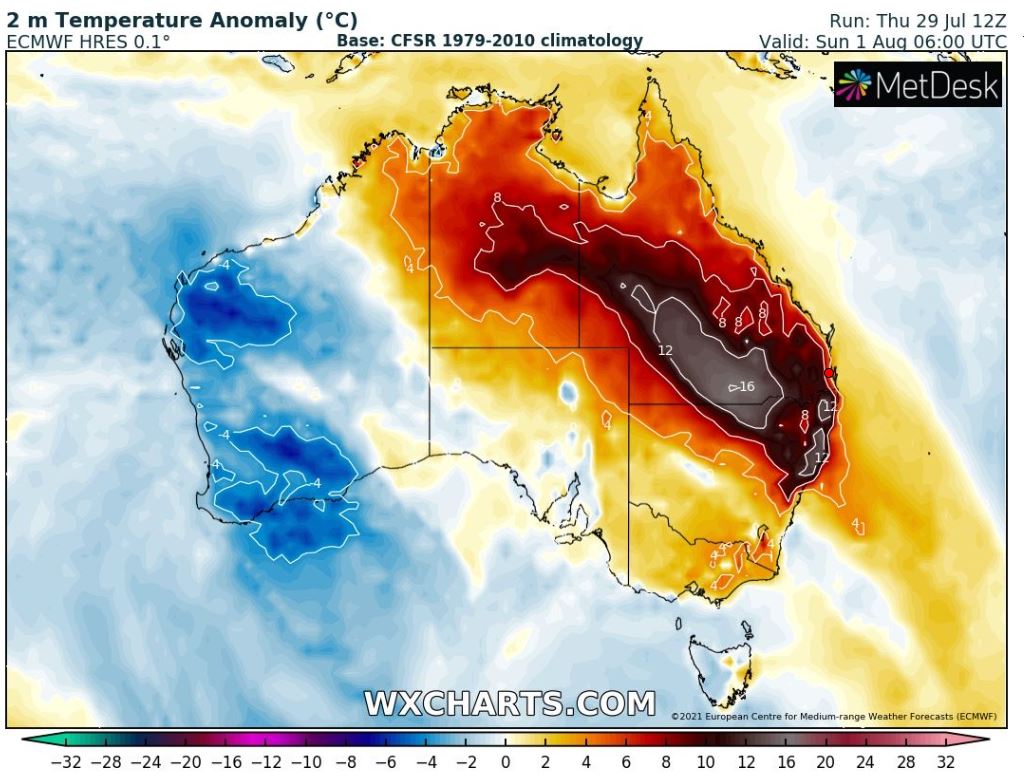 Unseasonably warm conditions are being felt across the interior of Australia today, and is set to spread east over the weekend and into early next week, causing winter temperature records to be challenged over parts of northern New South Wales, Queensland, and broken across the Northern Territory.

Temperatures have soared into the early to mid 30s across the Northern Territory today, with Alice Springs topping 31.5 degrees so far today, just 0.1 degrees shy of its July record of 31.6 degrees, and is on track to also record its warmest July on record. Other centres including Jervois (34.4 degrees), Gove (31.1 degrees) and Jabiru (36.7 degrees) all broke daily July records today, and with the final day of the month likely to be slightly warmer, more records are likely to fall tomorrow.

This heat will push into western QLD and northern NSW tomorrow, with Birdsville predicted to reach 34 degrees (record 33.4), Thargomindah 33 (record 30.6 degrees) and Bourke 31 degrees (record 29.1 degrees). From Sunday (first day of August) through to Tuesday, the warmest airmass will be focused over northeast NSW and QLD, where multiple days in the mid to high 20s, and some inland centres reaching in the low 30s, are likely. Brisbane's hottest day is expected to be 29 degrees on Monday, whilst Roma will reach 32-33 degrees on both Sunday and Monday.

Whilst overall August records aren't expected to be broken on these days, for this early in August these temperatures are unusual (and will likely break early August records) and are more typical of later in the month or September. A strong cold blast will push through northern NSW, the southern NT and into southern QLD from Tuesday, and push throughout on Wednesday, causing temperatures to return back to normal. 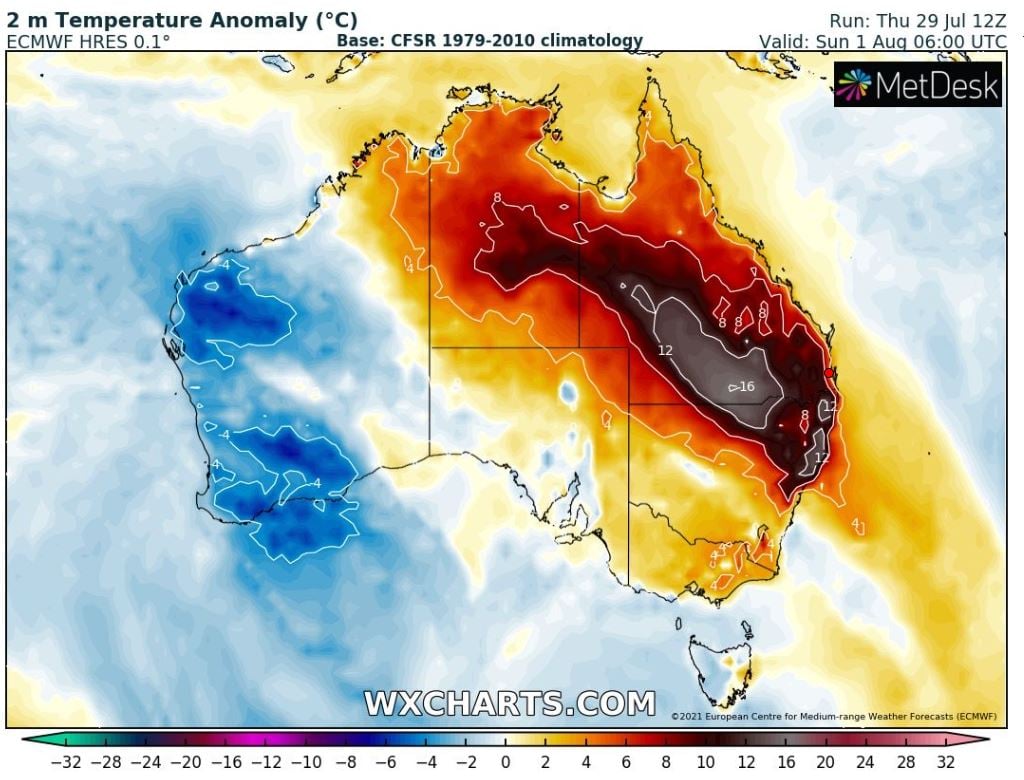 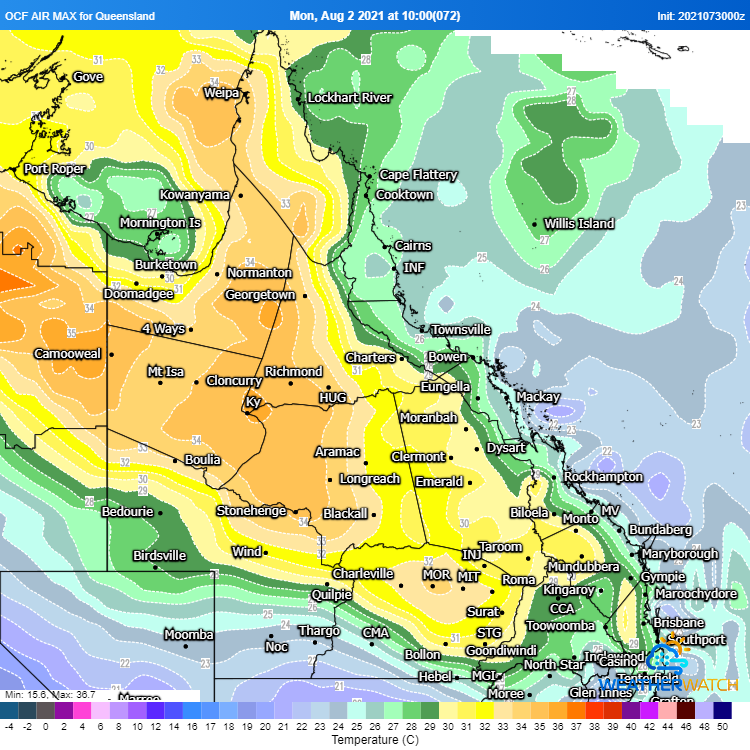 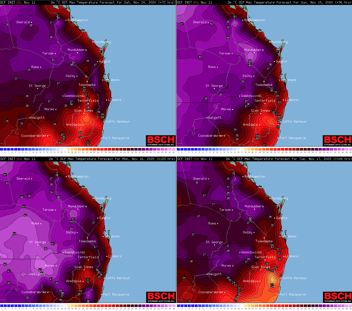 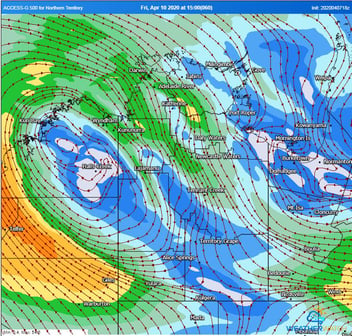 Northern Australia is set to see a late season storm outbreak this week, as an unusual weather... 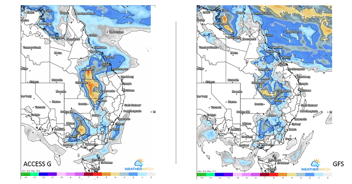 Unseasonable instability is set to develop across northern and inland Queensland extending into NSW...