Weather & Natural Hazards
Climatics is Australia’s most comprehensive database of historical acute and chronic severe weather hazards and warnings at any location since 1911.
Learn more
GO BACK
Everything your organisation needs to meet requirements on climate risks to people, assets and services.
Learn more
Nov 03, 2020

October 2020 was a warm and wet month across Australia, with most states and territories seeing healthy falls throughout the month, before giant hail lashed the east at the end of the month.

After a La Nina was officially declared on the 29th September by the Bureau of Meteorology, this was the first month of the year under La Nina conditions, with rainfall patterns resembling a typical La Nina pattern.

The final week of the month saw widespread severe thunderstorms across eastern Australia. Large hail was the standout feature, with reports of hail reaching at least golf ball size on the 24th, 25th, 27th, 28th, 29th and 31st. The 31st was particularly destructive as thunderstorms hit more populated areas, with hail reaching up to 9cm in northeast NSW and up to 14cm in southeast QLD (on the 31st), amongst the largest hail on record in Australia.

November is expected to see similar conditions to October, with temperatures remaining above average and an increased chance of wetter than average conditions. 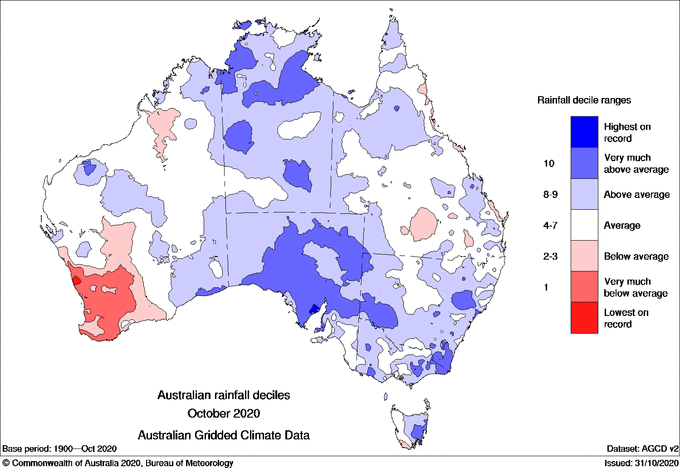 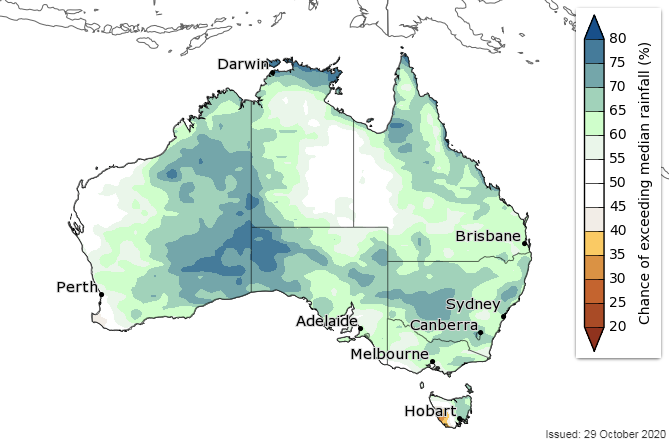 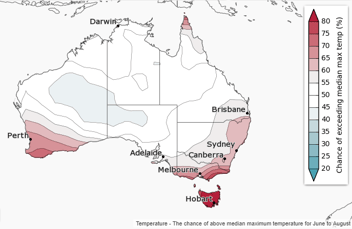 The Bureau of Meteorology released its winter weather outlook yesterday, revealing a mixed bag for... 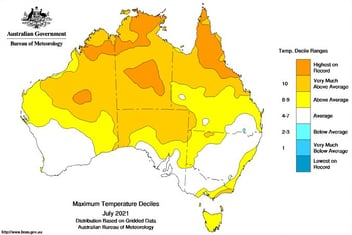 Rainfall near average; temperatures well above average for July with with wet August to October expected

July was mild across much of Australia with rainfall close to average, however wetter conditions...