Weather & Natural Hazards
Climatics is Australia’s most comprehensive database of historical acute and chronic severe weather hazards and warnings at any location since 1911.
Learn more
GO BACK
Everything your organisation needs to meet requirements on climate risks to people, assets and services.
Learn more
Feb 12, 2021 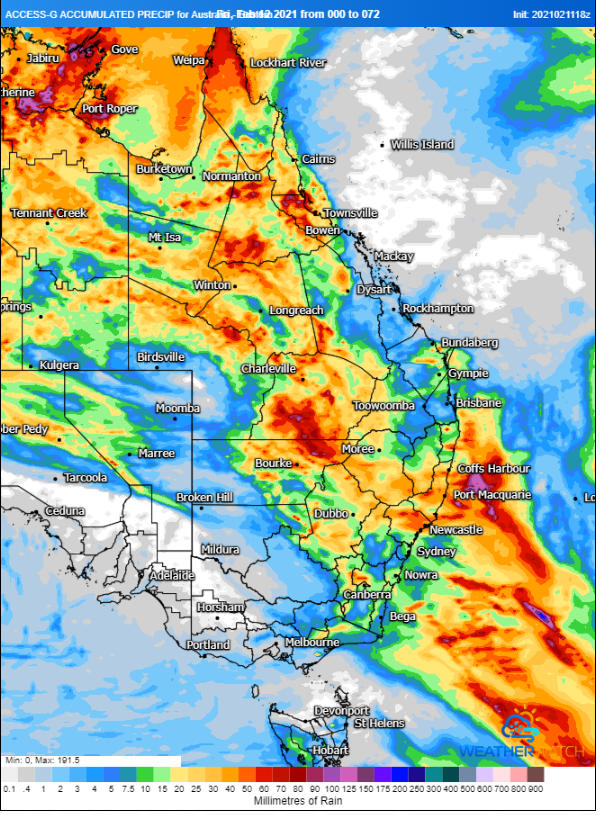 After heavy rainfall hit the region last weekend, more good rain is likely across parts of New South Wales and inland Queensland from later today and into the weekend as a trough triggers thunderstorms and rain areas.

On Sunday, this activity will focus mainly on central inland and northern QLD with widespread falls of 10-20mm, and totals up to 50mm under thunderstorms. In coastal areas, rain will be much more patchy, with totals of 1-10mm and localised falls up to 20mm.

Into early next week, isolated showers are expected along the northern NSW coast, becoming heavier from mid-week and spreading into central and southern parts of the coast. Heavy showers and storms will continue over northern parts of QLD.