Weather & Natural Hazards
Climatics is Australia’s most comprehensive database of historical acute and chronic severe weather hazards and warnings at any location since 1911.
Learn more
GO BACK
Everything your organisation needs to meet requirements on climate risks to people, assets and services.
Learn more
Mar 24, 2021

Southern parts of South East Queensland have felt the full brunt of two significant weather systems over the last several days, with extremely heavy rainfall leading to major flooding for some locations.

Whilst the rain cleared overnight, and the first glimpse of sunshine appeared for several days, the damage is well and truly clear for residents along the Albert, Logan, Coomera and Bremer Rivers.

Widespread falls of between 100-500mm have occurred across the already saturated catchments of South East Queensland, with rivers and creeks responding rapidly to heavy falls. North Tamborine bore the brunt of the rainfall with 568mm in the past 96 hours, with 492mm recorded in a 48hr period. The usually tame creeks turned into violent rapids, hurling a wall of water in the Coomera and Albert Rivers.

The Albert River has peaked close to 8m this morning at Wolfdene (just below moderate) with the Logan River reaching major flood levels at Beaudesert, with a major flood level of 16m expected at Maclean Bridge this afternoon or evening. This is well below the recorded peak of 20.50m recorded back in 2017 thanks to ex Tropical Cyclone Debbie.

Moderate to major flooding continues across the Bremer, Warrill and Laidley Creeks with the Bremer peaking at Ipswich this morning (7.20m) and is now steadily falling. Along the Nerang and Coomera Rivers, conditions are gradually easing with flood peaks now easing back below the moderate level and continuing to fall.

Sadly, most of the significant rain missed the major catchments for Brisbane, with Wivenhoe Dam currently sitting at 37.1% capacity however Sumerset sits at 78.1%.

Thankfully, the sunshine has returned today with conditions expected to remain warm and dry for the next several days, giving residents a chance to clean up and conditions to steadily dry out. 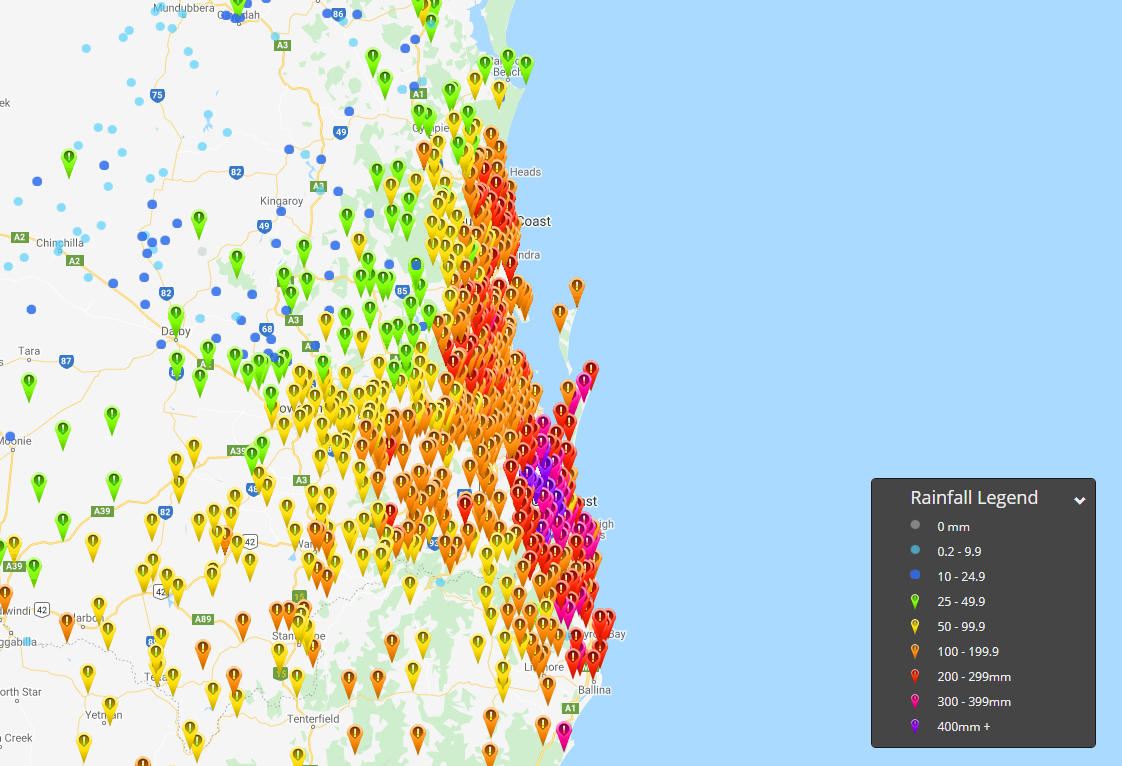 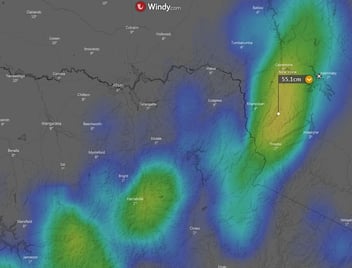 A series of cold fronts will sweep across southern Australia, producing showers, storms, hail and... 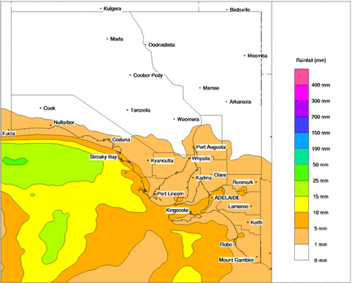 Showers, isolated thunderstorms, and gusty winds are expected to develop for western parts of South...