Weather & Natural Hazards
Climatics is Australia’s most comprehensive database of historical acute and chronic severe weather hazards and warnings at any location since 1911.
Learn more
GO BACK
Everything your organisation needs to meet requirements on climate risks to people, assets and services.
Learn more
Aug 12, 2020 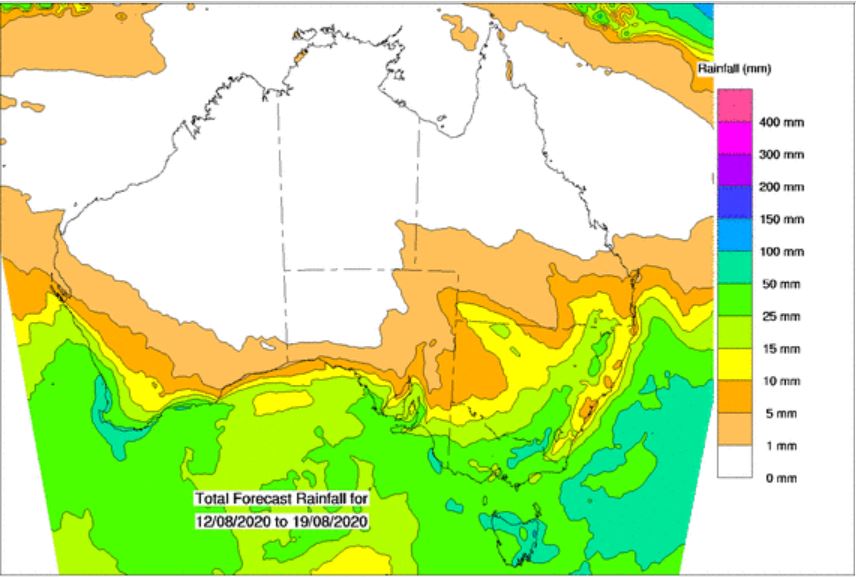 It's going to be a wet end to the week for southeastern Australia, with a large low pressure system and series of troughs to sweep across parts of South Australia, Victoria and Tasmania.

During Wednesday, scattered showers, rain periods and isolated thunderstorms are possible across central and eastern SA, VIC and northern TAS, with 5-15mm possible throughout the day.

Showery conditions will continue into Thursday, as moisture wraps around the large low in the Bight, with a further 5-15mm possible for coastal parts of SA and VIC. Rain across northwestern TAS may become a little heavier late Thursday and into Friday as a series of troughs moves across this region. Localised falls of 15-30mm will be possible, with isolated falls to 50mm which may lead to localised flash flooding and minor river rises.

Shower activity will slowly decrease across parts of SA and VIC late Friday, as onshore winds ease as a high pressure system moves through central Australia.

Rainy conditions will continue for northern TAS throughout Friday and into Saturday, with further moderate to locally heavy falls which may lead to areas of flash flooding and minor riverine flooding. These conditions will gradually shift towards eastern TAS as a low pressure system develops off the eastern Victoria coast during the weekend.

The forecast becomes a little murky after this, as rainfall amounts and potential for damaging winds gusts will be highly dependent on where this low develops, and its movement. At this stage, it is forecast to drift in a southerly direction towards TAS, which would see showers increase across eastern TAS once again and the potential for winds to reach 80-100km/h late Sunday.

Image 1: BoM PME rainfall over the next 8 days. 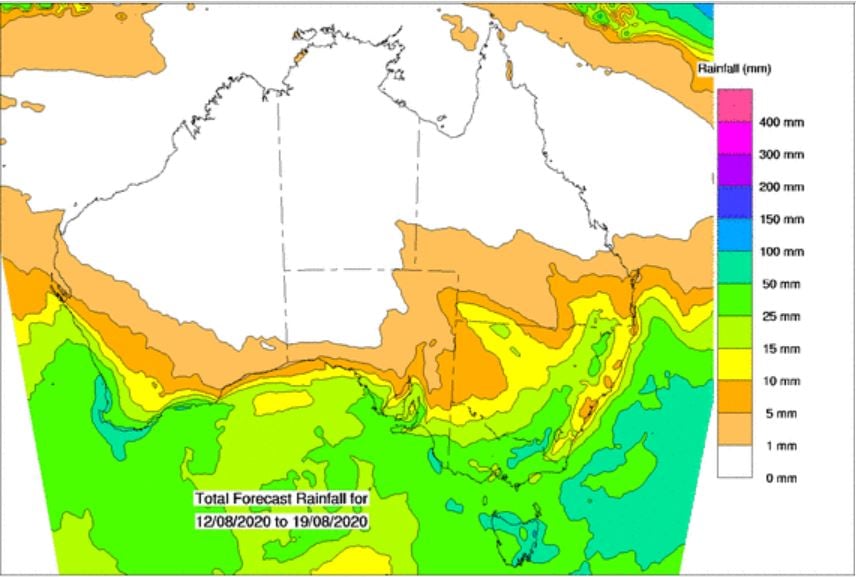 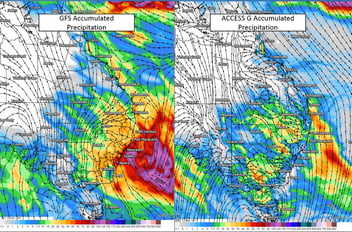 Showers and storms to develop for eastern Australia

Wet conditions are likely to develop across southern and eastern Australia later this week and... 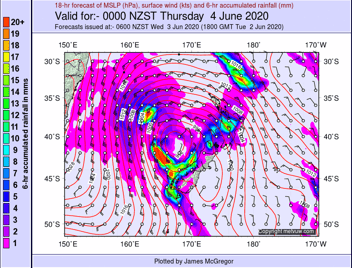 As much of Australia enters a a period of largely dry weather, New Zealand will be hit by a low...

November records were smashed across the weekend as an extremely hot airmass impacted Western...