Weather & Natural Hazards
Climatics is Australia’s most comprehensive database of historical acute and chronic severe weather hazards and warnings at any location since 1911.
Learn more
GO BACK
Everything your organisation needs to meet requirements on climate risks to people, assets and services.
Learn more
Feb 25, 2021

Severe thunderstorms and areas of heavy rainfall have been hitting northern New South Wales and southern Queensland over the past few days, with hundreds of thousands of lightning strikes, golf ball size hail and 24 hour totals in excess of 300mm in some areas.

A low pressure trough fed by humid onshore winds has been triggering the volatile weather, with areas of rain and storms being active over the region since Monday.

Northeast NSW and southeast QLD were the focus of the activity on Monday and Tuesday, as lines of storms swept across the region. Storms on Monday generally were not severe but provided a spectacular lightning show, however activity became more widespread on Tuesday with golf ball size hail reported at Queen Mary Falls and Legume, and widespread areas of heavy rainfall. The rain was much needed, with many areas in the NSW Northern Rivers seeing 20-50mm, with isolated falls up to 100mm. In southeast QLD, falls of 10-30mm were commonplace with isolated falls in excess of 100mm.

On Wednesday, activity shifted inland with substantial rainfall reaching into QLD's Central West district and the NSW North West Slopes and Plains. Due to the convective nature of storms, rainfall was patchy but was heavy in some areas. Bonshaw on the NSW/QLD border recieved 89mm to 9am today, whilst Petrona Alert and Raymond (both west of Spinsure in central QLD) received 130mm and 146mm respectively.

The coast didn't miss out either, with torrential falls over parts of the NSW Northern Rivers and Mid North Coast. 24 hour totals in excess of 100mm were recorded at Baryulgil, Glenreigh, Wooli, Minnie Water, Corindi River and Woolgoolga.

Looking ahead, the trough will continue to linger and cause showers and thunderstorms over the next few days, mainly on and west of the ranges although coastal areas may see some activity on Sunday. More isolated heavy falls are expected under thunderstorms. 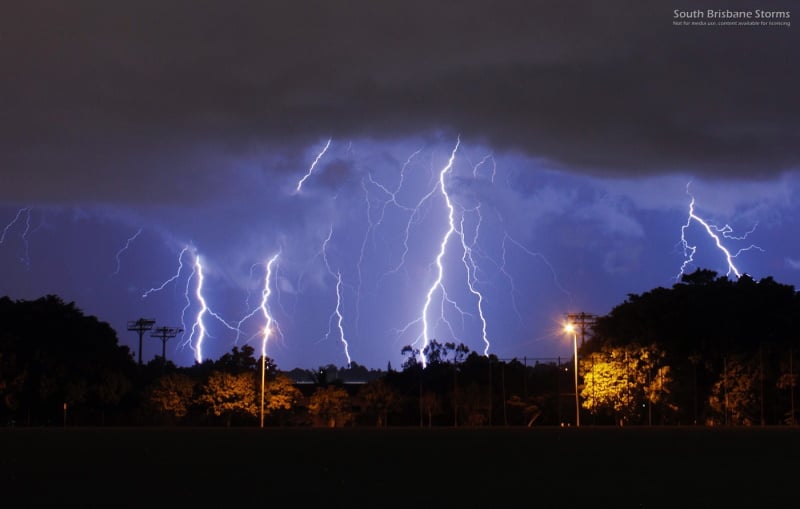 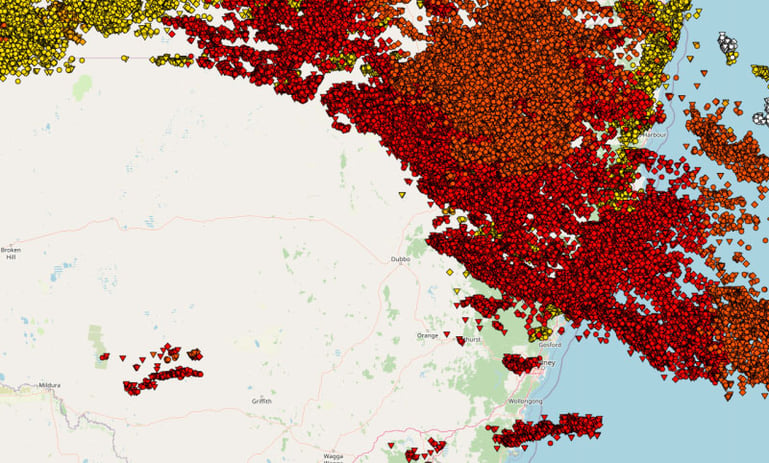 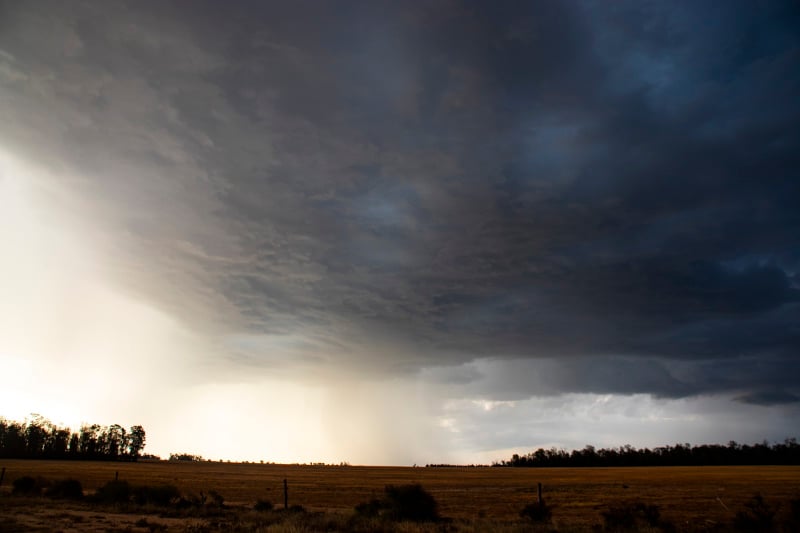 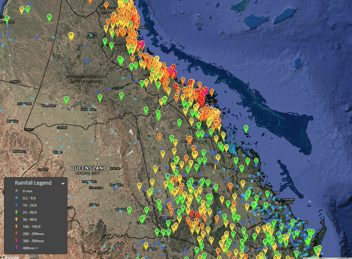 The wet season continues to deliver for parts of the northern and central Queensland coasts with... 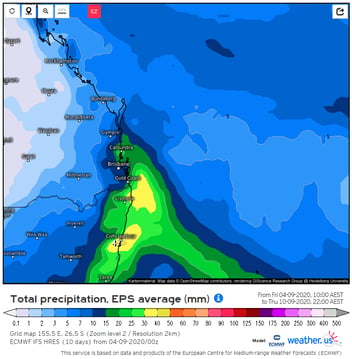 This Saturday afternoon, localised showers with some possible thunder caused by a trough are...